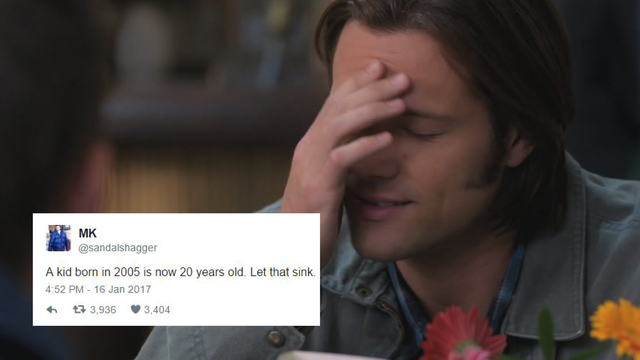 If you were born in 2005, how old does that make you right now? I'm not asking for me. I'm asking for my pal here who is being mercilessly roasted by the internet for his shaky mathematical gymnastics.

And some even theorized that @sandalshagger was a time traveler from the year 2025.

@bigracks @sandalshagger are we in 2025 already. This is a tweet from the future.

This person even tried to inject their personal experience into the conversation to mixed results.

@sandalshagger then stepped in to clear up the misunderstanding but somehow made matters more confusing.

wow holy fuck, just realised we're in 2017 and not 2020, probably explains the confusion, how embarrassing

Let's all just agree to collectively stay away from math on the internet from now on, yeah?