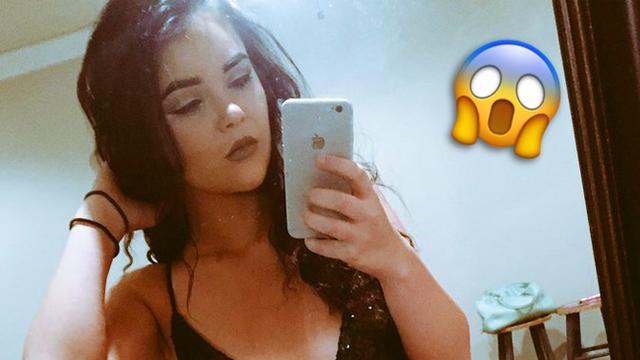 All we ever really want when we post a fire selfie is for at least 15 likes on Instagram and a few nice comments, right? Twitter user Alyssa posted a fire selfie to her Twitter expecting something along those lines but there was something about it that got the rest of the Twittersphere losing their damn minds.

While 75% of our body was preparing to scream "YAAAAAS" at the top of our lungs at her lewk, the other 25% couldn't take our eyes of the state of her damn bedroom!

Going to dinner because I needed an excuse to wear this pic.twitter.com/UpeVG8y5SJ

@og_pocahontas It's kinda chilly out so I would recommend the uggs with that fit pic.twitter.com/FowjPgoouE

@og_pocahontas And after dinner, she'll be eating floor marshmallows for dessert: pic.twitter.com/WxrAhZJHWf

*Fixed* RT @og_pocahontas: Going to dinner because I needed an excuse to wear this pic.twitter.com/dBzG0Jax0U

We've ALL been there - messy room, too tired to clean it, food discarded to the left, dirty clothes to right. Whatever.... but while some people replied with some light hearted banter, others took the opportunity to attack her negatively.

In the end, Alyssa seemed to take the whole thing with a pinch of salt - she's put the iconic picture in her Twitter header and has even set up a GoFundMe account called "Pay My Tuition and I'll Clean My Room". But she did take the time to update her followers on the effect that all the negative attention brought to her timeline.

In case any of you were wondering if my mom took your parenting advice and beat me over my room pic.twitter.com/JxZ5Rv9g12

I was bullied in high school & attempted suicide/was hospitalized 3 times. I've grown a lot & learned how to love myself and laugh at life.

Tell me to clean my room, cool. None of your business but aight. Don't tell me I'm a disgusting worthless piece of shit because I'm messy.

I'm laughing at this because it's funny to me, but it's really shed a light on how "drag" culture is way more harmful than I already thought

It DOESN'T affect me bc I don't let it, but I'm not everyone. Y'all have no regard for the fact that there's real people behind twitter avis

So next time, before you drag someone you don't know online, just bare that in mind. It's a great reminder for us all. Oh, and clean ya damn rooms!