Everyone Is Licking Their 'Nintendo Switch' Games For The WEIRDEST Reason 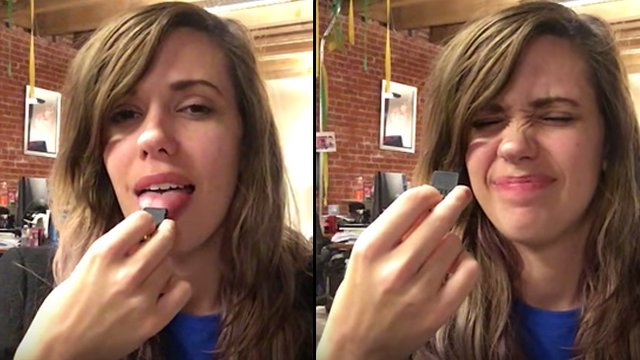 Because when you get the brand new Nintendo gaming system, the first thing you do is check what it tastes like...right?

Nintendo's latest console, the Nintendo Switch, has finally been unleashed on the public and new owners have already discovered one hidden feature that you probably weren't expecting...

Yep, you read that correctly.

The new game cartridges are apparently coated in a horrible tasting chemical designed to discourage kids from putting them in their mouth. But, ironically, this has only led to older gamers, who should really know better, seeing if they can handle the taste.

The nintendo switch game cartridges are bitter so children won't eat them?! Why am I really tempted to lick one now?

The chemical itself is called Denatonium Benzoate and is actually "the bitterest substance known to science" according to Chemistry World, and was accidentally discovered in 1958 by Scottish pharmaceutical manufacturer T & H Smith. Even a tiny amount of the substance is enough to make it distasteful for humans.

But still, as we all know, once an online challenge gets going, it is pretty difficult to get people to stop.