RIP: Pepe The Frog Officially Killed Off By His Creator 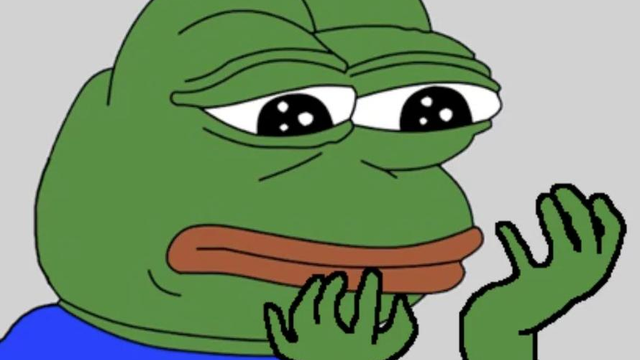 Cartoonist Matt Furie has finally put his most famous creation out of its misery after the frog became the symbol of the Alt Right movement.

Originally a character in cartoon strip Boy's Club, the sad looking frog soon became a meme, photoshopped onto the face of everyone from Brendon Urie to Guy Fieri.

But now The Guardian reports that the green meme's creator Matt Furie has killed off his most infamous creation in a new comic strip for publisher Fantagraphics contribution to Free Comic Book Day, showing Pepe "laid to rest in an open casket, being mourned by his fellow characters from Boy’s Club".

I guess #SavePepe didn't work out. This is honestly super depressing. pic.twitter.com/hMNghphTdJ

Furie had previously launched an online campaign to 'Save Pepe' after the meme became the poster frog for the alt-right movement, the cartoons frequently associated with antisemitic and white supremacist messaging.

He wrote in Time Magazine last year about his heartbreak following the co-opting of his "chill frog-dude" by these extreme right wing campaigners:

"The problem with Pepe is that he's been stamped a hate symbol by politicians, hate groups, institutions, the media and, because of them, your mom. Before he got wrapped up in politics, Pepe was an inside-joke and a symbol for feeling sad or feeling good and many things in between. I understand that it's out of my control, but in the end, Pepe is whatever you say he is, and I, the creator, say that Pepe is love."

You can't help but feel sympathy for Furie who, through no fault of his own, is now the creator of a drawing symbolic with a new era of hate groups and racist rhetoric. Even worse, through the selling of pins, t-shirts and other merchandise, these groups are also profiting from his hard work with Furie seemingly powerless to stop the spread. Sadly, although killing Pepe in print brings an end to any appearances of the character in his original form, his tainted legacy will inevitably live on.