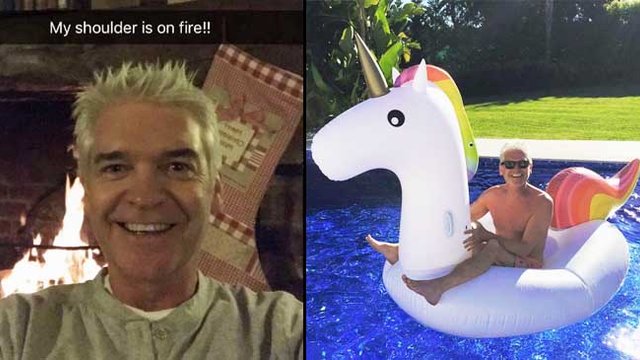 Let's face it - the king of daytime television has way more swag than you ever will.

Eagle-eyed Tumblr users may have noticed the same silver-haired man popping up on their timelines over the last year or so...

Sometimes he is getting ready for a night out with a zesty comment to accompany his selfie.

And sometimes he's just giving the perfect reaction face you can reuse in any social situation.

Well, as UK readers will already know, that man is Phillip Schofield and he is the one person you need to be following on social media.

To give you the quick backstory, Phillip is a much-loved TV host in Britain, appearing on Saturday morning kids TV back in the late 80s before a stint in some West End musicals and eventually emerging triumphant as the king of daytime on fluffy innuendo-fuelled sofa chatshow This Morning, gaining him a cult following among students, housewives and anyone else who happens to be at home at 10.30 on a weekday morning.

So far, so normal right? But then a couple of years ago, something magical happened that took Phil up to the next level in his climb to national treasure status...

Phil joined Snapchat (phillipschofe). And it is truly glorious. 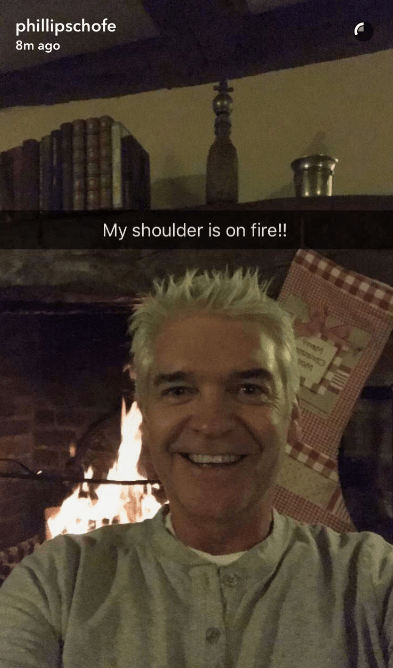 What's that? You don't believe that a light entertainment TV host in his 50s is going to provide the kind of Grade A content you look for on your phone? You think you'd rather follow Matty Healy? Or the Riverdale cast? Or some young heiress?

Well then feast your eyes on this madness:

when it's pay day and you start buying stuff you don't really need pic.twitter.com/pQ8g9YWdwE

An inflatable unicorn. In a pool. Shades on. DJ Khaled WISHES he had this level of swag.

In fact, his Snap-based genius has even inspired a tribute Twitter account, @SchofeReacts, basically turning the man into a living, walking, breathing meme.

And the results are, frankly, spectacular:

when your parents start moaning at you pic.twitter.com/HZRo6400G9

getting left on ''read'' for the 100th time pic.twitter.com/Fl9y3y2xhu

finding out someone you thought was innocent is actually sly as fuck pic.twitter.com/ElUOQ4b9Zd

And just in case you think he won't get the joke, you are very f*cking wrong my friend!

the man himself followed @Schofe pic.twitter.com/Chz2IDGXOg

The Schofe is nothing if not self-aware! This man has his tongue firmly in his cheek and, after years of working in a broom cupboard with a puppet Gopher in a biker jacket, he also knows not to take himself too seriously.

If you asked... My snapchat is phillipschofe ... If you didn't, sorry to interrupt pic.twitter.com/v0mxKqIloe