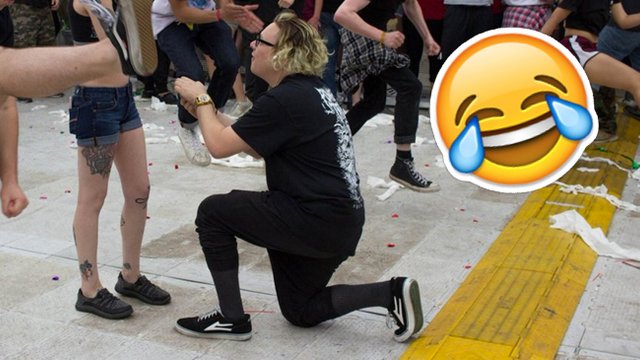 Perhaps mosh pits aren't the best place for a proposal after all?

There's a growing school of thought that proposals should be special, something unique to the couple. And while for some that might mean making a music video or organising a flashmob (I literally cannot think of anything worse), one brave person decided that they were going to get down on one knee for their boo...in a mosh pit.

It's a cool idea, right? Especially if it's your favourite band. Thankfully, someone was on hand to catch the moment on camera and for reasons that will become immediately obvious to you in about 5 seconds, the photo has gone viral for all the wrong reasons. 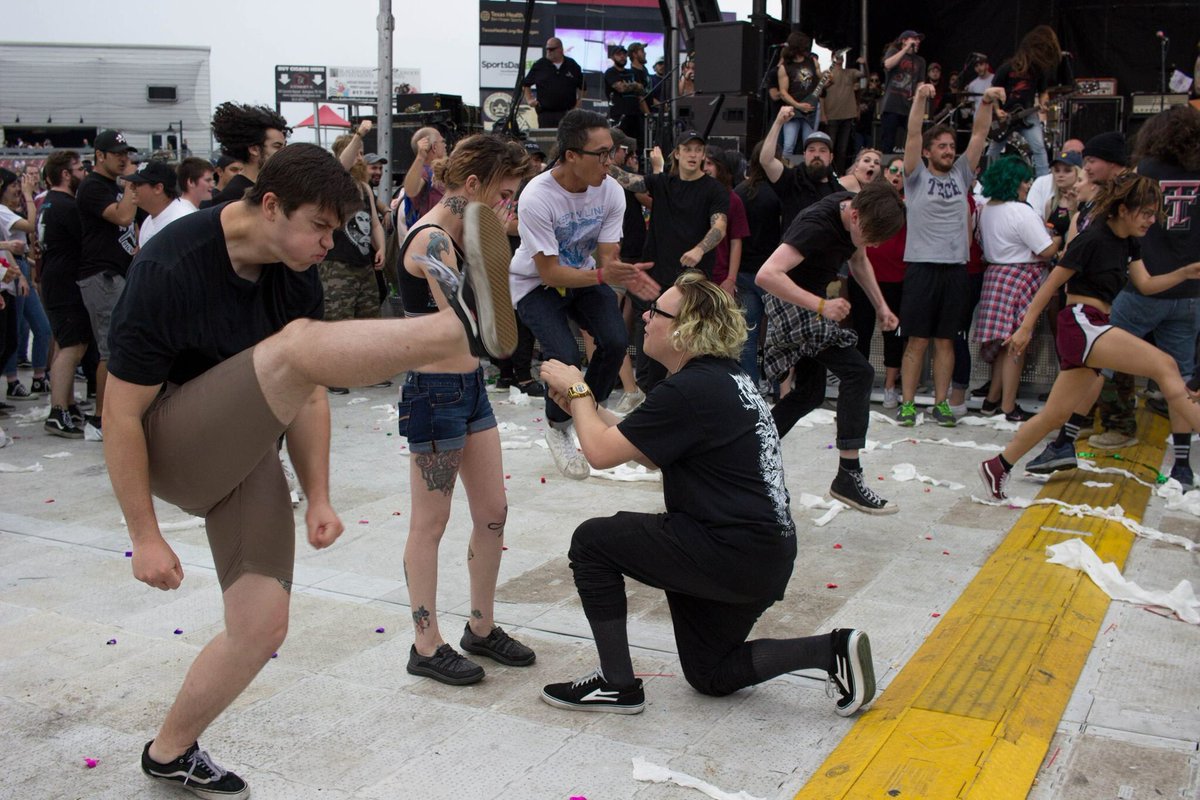 It didn't take long for the shot to hit the r/PsBattle thread on Reddit. Since initially posting this article PopBuzz has spoken with Samantha Waldon, the photographer who took the picture. She said the proposal happened last weekend (24-26 Mar) while the band Power Trip were playing at the So What?! Music Festival in Texas and that the lady in the photo did say yes! *Phew*

Immediately after the proposal, "Everyone around embraced the couple with genuine happiness", she said. "When Tony, the guy proposing, stood up, everyone immediately started pitting around them in celebration. It was a wonderful moment for everyone around." After the song finished, the band also paid tribute to the happy couple.

Turns out Samantha didn't know the couple before the photos were taken. "I was at the festival taking photos and was in the right place at the right time." That's a pretty lucky shot if you ask us! And the memes just keep coming. 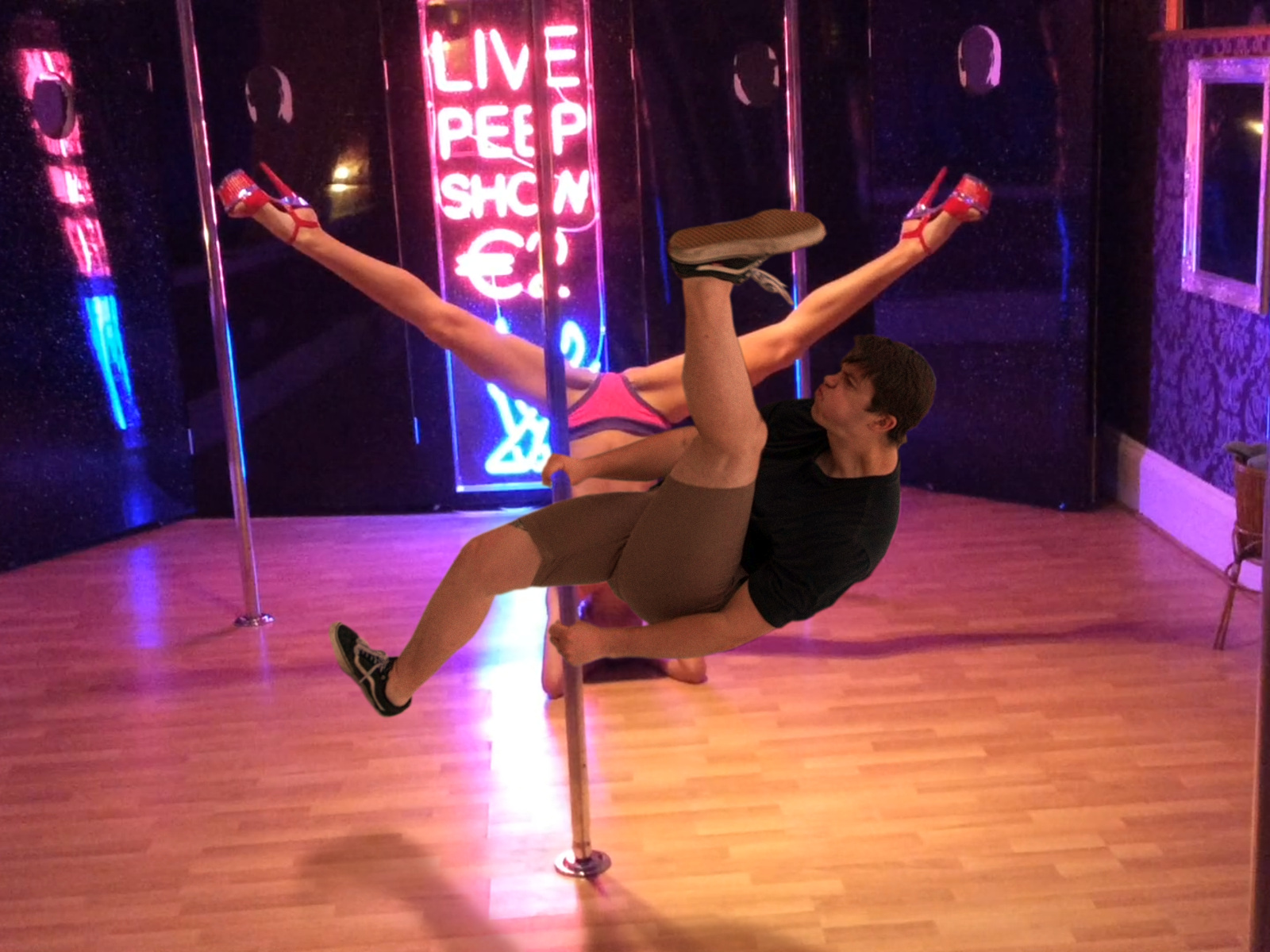 I CHIME IN WITH A "HAVEN'T YOU PEOPLE EVER HEARD OF CLOSING THE GODDAMN DOOR?" We're yet to track down the guy with the leg. But we hope he knows he's become a meme which is *truly* a piece of art. Rumour has it Ringo Starr is a big fan of memes so I'm sure he'd appreciate this. I made that up. I have no idea if Ringo Starr likes memes.

Eventually someone found him a friend with an equal love of high kicks. Someone set these folks up on a date right now.

Ok let's stop now before this gets out of hand. Thanx internet! Make sure you check out Samantha's photography work over on Instagram.