S-Town: Everything You Need To Know About The Record Breaking Podcast 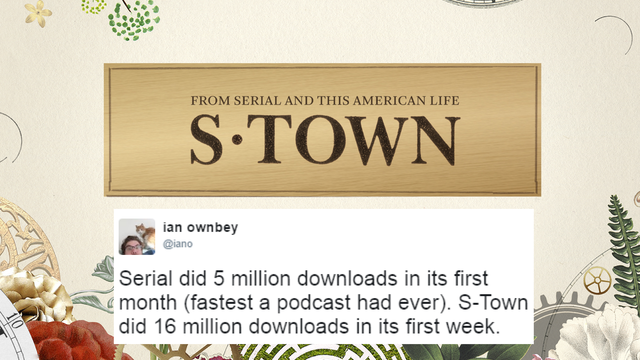 "S-town, 13 Reasons Why. Someone come hit the eject button on this emotional roller coaster before I'm trapped forever."

Every now and again a podcast comes along that grabs the internet's collective attention. For a while it was the truly addictive Serial podcast, NPR's premiere "true crime" series.

Following in Serial's footsteps comes S-Town, another NPR vehicle that people can't stop raving about. In case you've missed the incredible buzz surrounding S-Town, here's everything you need to know.

*downloads all of S-Town*

*listens to all episodes in one day*

This is my life now

It came out around the same time as 13 Reasons Why and lots of people are in their feelings because of ALL THE EMOTIONS.

Genuine question: Is John on S-Town an actor is that an actual person's accent?

And, yes, I'm going to need to give you some trigger warnings.

Sigh! S-Town is intriguing, addictive, and impossible to put away. But it tackles some emotional issues like depression, suicide, and self-harm. It will make you feel sad and parts of it will make your heart sink. But in the same way art is supposed to move you, S-Town tells an amazing story and leaves little out.

If you're someone who is struggling with severe anxiety or deep depression, I wouldn't advise taking the whole show in at once.

What is S-Town about?

A man named John B McLemore writes an email urging This American Life producer Brian Reed to investigate a murder in his hometown. When Brian shows up to "shit town" (Woodstock) Alabama, he unravels the curious, emotional, and troubling life of John B McLemore. There are 7 episodes that you can listen to on iTunes and wherever you get your podcasts.

You can also listen to it on the S-Town website.

What do people say about S-Town once they've finished it?

Finished S-Town podcast. It's both wonderful and troubling. Sad and uplifting. Anyone else heard it?

Me trying to figure out what REALLY happened in S-town pic.twitter.com/AFnFMCUqMR