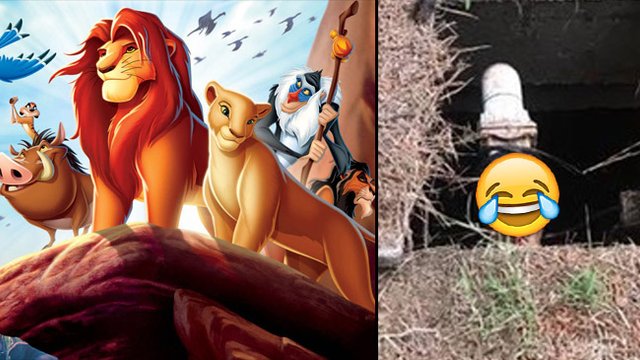 A Reddit user uploaded the hilarious photo and it cannot be unseen.

Before the days of the internet and camera phones, if we came across a household item or street sign that resembled our favourite Disney character, we would just have to chuckle to ourselves, tragically unable to share the joy with our friends and neighbours like a good honest citizen.

So thank god we live in the age of Reddit so user SweetSound was able to post photographic evidence proving that their friend's back garden septic tank is the spitting image of Rafiki from The Lion King.

Yes, you read that correctly.

The photo quickly spread online as Disney fans worldwide got a kick out of the ridiculously coloured underground piping's resemblance to everybody's favourite magical monkey. What a time to be alive.

So, what do you guys think? Can you spot the monkey?

Take a look at the glorious picture below and live your very best circle of life: God I love the internet.