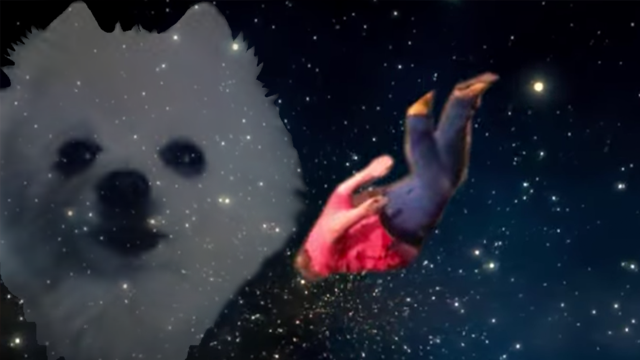 We need to talk about how this vintage Bag Raiders track has become the soundtrack to the meme of 2017.

Okay, we admit that sometimes, memes have reached "normie status" by the time they get to us. So chances are you've seen at least one of the videos we're about to show you, if not one similar. But please indulge us - because we need to talk about "Shooting Stars".

First of all: "Shooting Stars", by Australian electronic band Bag Raiders, is a banger.

The 2009 track has lived a quiet life on the internet, until its recent resurrection as the soundtrack to some of the funniest video edits of all time.

You've probably heard this track alongside a ridiculous video like this one below; tactlessly but artfully titled "Fat man does amazing dive". In this case, he dives through space, supernovas and the atoms of existence in a trippy but hilarious edit.

And the meme has just kept on going.

It's very possible that we're so hungry for video memes that anything can be considered funny; but it seems like every viral video of someone falling or jumping has been given the "Shooting Stars" treatment. It's like the ultimate viral video upgrade.

But it wouldn't be the same without the inevitable meme crossover.

Amidst all the ridiculous compilations, there have been mashups with everything; from a "bork remix" with Gabe the dog (RIP) to "We Are Number One",  this meme has become inescapable.

And even if it has been done to death already, we can't get enough of it.

Mostly because the ridiculousness of it always seems to sneak up on us.

Here is literally the link for the YouTube search "Shooting Stars compilation". Thank us later.