Everyone Is Getting Super Emotional Over This Girl's Incredible Voice 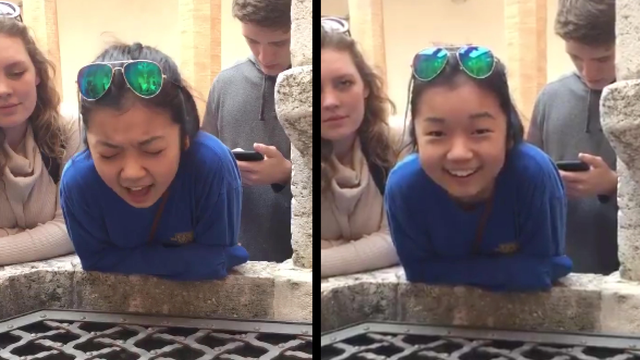 This is honestly so pure.

One minute you're minding your own business. The next, you're listening to a girl sing HER HEART OUT and wondering how she doesn't have a record contract just off the strength of one Twitter video.

Tiffany Day was enjoying an Italian holiday when she decided to...blow our freaking minds one time with her stunning voice. At the end of March Tiffany tweeted that she'd "found a well in Italy with a nice echo" and shared a video of her singing Leonard Cohen's "Hallelujah".

found a well in italy with a nice echo missing this trip already pic.twitter.com/tTkJeFo97k

Her smile at the end is basically everything.

@tdayr18 that smile at the end, you're so precious I'm crying

Meanwhile, the whole internet is blown away. At time of publishing, Tiffany has earned herself a casual 129k retweets and 312k likes.

Someone even suggested she go back to the well.

@tdayr18 go back to this well and sing more songs

Obviously she has a great voice with or without the well, but I wouldn't actually mind dropping a few coins on a Tiffany Day: Songs From The Well album.

Tiffany is overwhelmed by all the attention but promises to continue singing her heart out.