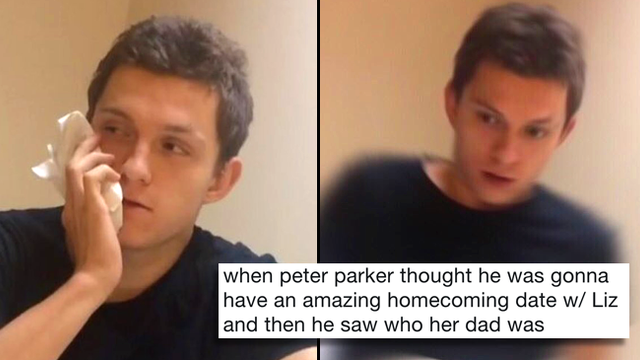 Goooooood afternoon everybody, it has come to our attention that Tom Holland has been turned into a meme again and our crops have subsequently never looked so healthy.

If you've ever had wisdom tooth surgery, or just any surgery in general where you've been put under heavy anaesthetic, you'll know EXACTLY what it feels like to wake up disoriented. And you'll probably know a few friends or family members that took the liberty of filming you while you're high as a kite on painkillers, only to upload it to Facebook so everyone can laugh at you later.

That's exactly what happened to Tom this week when his brother and a friend decided to film him waking up after wisdom tooth surgery. Tom, like the legend he is, shared the hilarious short clip on Instagram and tagged the culprits. Watch the video below:

While loads of fans were quick to wish Tom a speedy recovery from his painful surgery, others immediately jumped at the opportunity to turn him into a meme.

when ur doped up and wanna release marvel secrets but ur entire career is on the line @TomHolland1996 pic.twitter.com/EB9rAc5JXt

@TomHolland1996 marvel at Tom when Tom reveals a secret about a new movie on a live stream @Marvel pic.twitter.com/wdfkV7GzMe

If only they'd kept on filming... we might have got a ton of Avengers spoilers out of him.