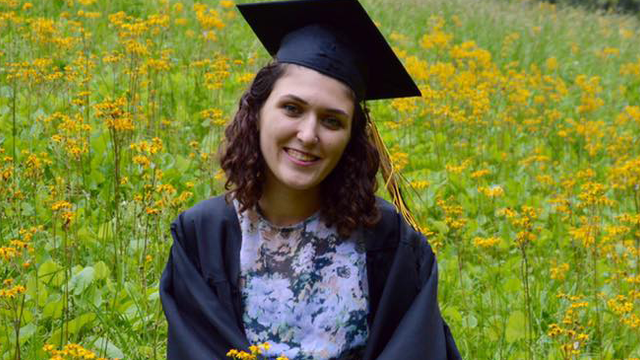 It's that time of year again. The birds are chirping, summer is just around the corner, your social media timelines are flooded with creative promposals, customised Graduation caps and teenagers across the world doing the absolute MOST before they have to cross over into the "adult" world... *sigh* It's truly my favourite season.

Joining the tradition was Delaney Henry, a recent graduate from North Carolina, who posted her grad pictures on Facebook last week to share her accomplishments with her friends and family. But for some reason, they've managed to go viral. Her snaps have been shared almost 80k times with over 30k likes.

Can you spot anything that looks a little... off... in Delaney's photoshoot?

No? What about in this one?

SCREAMING!!!! It's so beautiful. This one is our fave.

Delaney captioned the photos "All my mom wanted was "normal" Graduation photos," and honey, that is NOT what she got. Sorry mom!