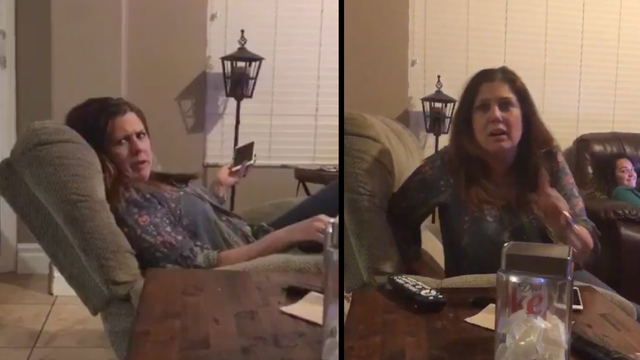 HOW ARE YOU ALL SO BRAVE?

I'll say one thing. When it comes to these social media challenges involving your parents, ya'll are brave. Some people will call, text, or say anything to their parents for retweets. I'm here for it and I'm also in awe.

The latest challenge designed to mess with parents is called the #Hellchallenge, aka something that would have gotten me smacked back in the day.

What is the hell challenge?

People are asking their parents if "hell" is a bad word. Usually the kids get told it is a bad word and then some kind of smackdown ensues when the teenager throws it back at them.

This mom is about to "lay that ass to rest".

And this mom is actually pretty emotional about her ordeal.

You all have a death wish and can't be saved.

You ever heard the phrase "Smack the hell out of you" cause I didn't until now #hellchallenge pic.twitter.com/ahszP5OCdt

Some people already know what their parents' response will be.

This how my mom would be if I tried doing the #hellchallenge pic.twitter.com/LUZK80WnBK

Some parents had a surprising response.

I'm the sister in the back.

She got up at the end and I got up and ran #hellchallenge pic.twitter.com/Gzd0t4bKqd

And, in case anyone was wondering, this is what wisdom looks like.

Lmao I would do the #hellchallenge but I value my life..and my mama has no understanding...So I'll sit this one out..yall won't get me

If you're going to do the hell challenge, I would advise you proceed with caution. Don't say we never warned you.