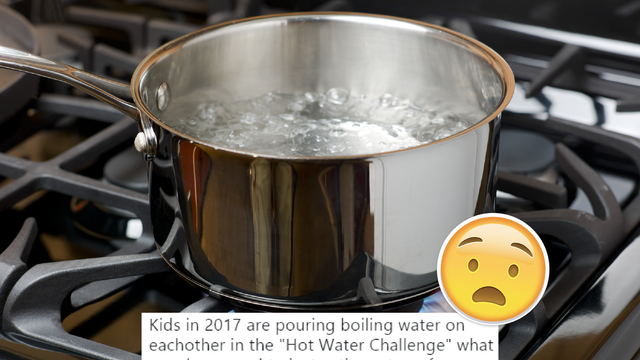 One young girl has already died after participating.

Internet challenges are nothing new. From the ice bucket challenge to the Kylie Jenner challenge, the internet is constantly coming up with new ways to perform and showcase extreme behaviours. You may think you've heard it all, but "the hot water challenge" has to be the most dangerous challenge we've come across yet. 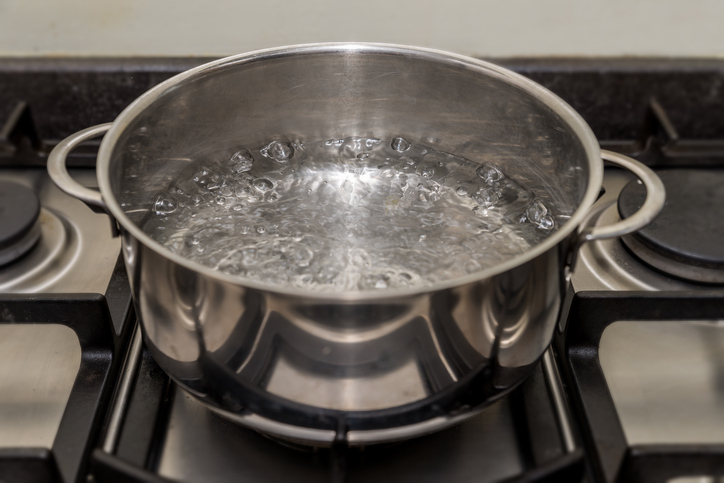 The hot water challenge is just what you think it is. Young people are boiling water and pouring it over themselves or each other, sometimes resulting in horrifying accidents.

An 8-year-old Florida girl died earlier this month after being dared in March of this year to drink boiling water through a straw. She sustained catastrophic throat burns.

Another girl, 11, received severe second-degree burns to her face, neck, and chest after having boiling water poured over her at a sleepover. The 12-year-old responsible has been charged with felony assault.

The internet has reacted pretty strongly to the hot water challenge.

You may be wondering why on earth someone would do this, but similar YouTube challenges show people being dowsed with boiling water and coming away relatively unscathed. It's entirely possible that some young people are unaware that boiling water can actually disfigure, seriously injure, or even kill.

Parents are being urged to warn their own children not to participate in this challenge. If you know someone who may be young enough to make this mistake, you could save a life by explicitly warning them not to.