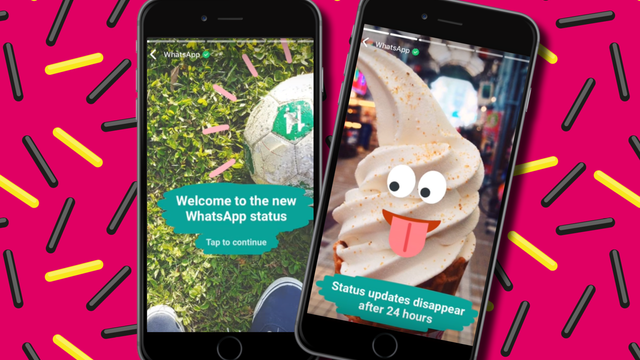 Now, where have we seen these features before?

WhatsApp, which is owned by Facebook, is preparing to roll out its own version of "disappearing stories", months after Instagram made a similar move and jumped to 150 million daily users.

WhatsApp announced via their blog that they would be launching 'WhatsApp status', a new functionality that will allow users to share updates and include photos, videos, stickers, and statuses that disappear after 24 hours.

Despite the big change coming from WhatsApp, the end-to-end encrypted messaging platform promises that these new statuses will remain encrypted.

While most of us use WhatsApp as a simple chat application, it could feasibly turn casual users into more dedicated users. Users will be able to control who sees their status updates and broadcast their images and videos to their contacts.