7 YouTube Coming Out Videos That Will Inspire Your Journey 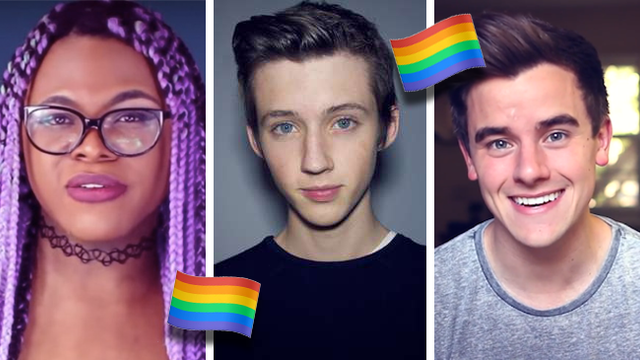 Coming out is never easy. There is the fear that your family and friends won't understand your struggle; the realization that mainstream culture might never fully represent you; and the truth that so many people will try to box you in as an other. Despite all that, nothing beats the feeling of living in your truth, and coming out is the perfect way to do that. Here are 7 YouTube videos that may inspire your journey to find your true self.

Ingrid Nilsen's coming out video was one of the most talked about YouTube videos of 2015.

The Monastero twins coming out to their parents is the perfect example of having parents that love and understand you.

"I've been denying myself for a very long time and I think that's why we've had a bad relationship throughout the teen years because..." "Because you could never open up to talk to us."

If you need a good laugh while considering your come out strategy, Amanda's Chronicles is here for you.

"I had come out to my inner circle of friends and I had got to the point in my life where I was ok being me."

Connor Franta opening up about his sexuality will make you feel things.

"One year ago, I kept trying to get myself to look in the mirror and say it. I was tried of running, I was tired of hiding who I truly was. So I just tried to say it."

Kat Blaque's experience coming out as Trans woman is a must watch.

"I came out to my parents as a gay boy. And I knew that wasn't who I was."

Joey Graceffa discussed how we decided to come out to his audience after posting a music video in which he kissed a member of the same sex.

"There's no specific time that anyone should have to come out, and I personally just wasn't ready. I need to learn how to love myself before I could expect other people to love me for that. I just needed self acceptance first."

Troye Sivan released his beautiful coming out video at the age of 18 where he revealed that watching other 'Coming Out' videos helped him realise his true self.

YouTuber Ingrid Nilsen Came Out As Gay And This Is A Really, Really Big Deal