This YouTuber Diss Track Just Entered Billboard's Hot 100 And Honestly, What The F*ck? 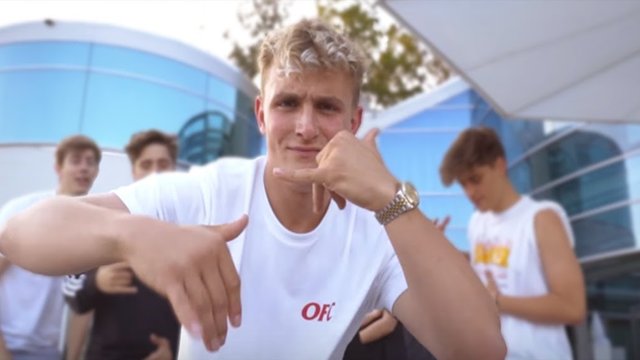 Jake Paul's ex-girlfriend just scored a hit higher than The Chainsmokers and Camila Cabello among others.

The world of music and YouTube has been in a state of shock in recent weeks following the huge spate of 'diss tracks' that have swamped the scene.

For the uninitiated, 'diss tracks' are, according to Urban Dictionary, "tracks made by one artist to insult another artist. One artist may be from another label or even an ex-member of a group."

They have now hit a new level of web popularity thanks to the likes of KSI, Jake Paul and the Team 10 boys who have all begun slagging off each other, the media, the 'haters' and really anyone they can come up with a half-decent rhyme for, garnering millions of views in the process.

But until now, these forays into the rap genre were safely confined to the computer screen. However, as Billboard reports, these compositions are now invading the music charts too. Nowhere is safe.

Neighbour bothering superstar Jake Paul started the trend with his quasi hip hop oddity 'It's Everyday Bro' cracking the Top 100 to reach number 94 back in May. However, his ex-girlfriend Alissa Violet has since released a response entitled 'It's Everynight Sis', collabing with RiceGum, that accuses Paul of cheating on her as well as mocking his recent departure from the Disney Channel and other legal woes.

And Alissa can remain smug as her track has overtaken Paul's to debut at number 80 on this week's chart with 2,000 downloads and 8.4 million U.S. streams to date, according to Nielsen Music. To give you context, that is higher than tracks by The Chainsmokers, The Weeknd, Camila Cabello and Major Lazer. Amazingly, this was acheived without the benefit of any radio play.

Plus, in further bad news for all the 'haters' out there, Jake Paul is currently running a competition among fans to submit their own Jake Paul diss tracks, the winner getting to appear in a new music video with the YouTuber. Then, in theory, that could also climb up the music charts. God help us all.