After the devastating death of Christina Grimmie, should security be doing more to protect smaller name celebrities?

It’s a familiar setting for ALL of us. Waiting in line to meet our favourite artist, or YouTube star after a performance. We’ve all been there once or twice. And, like us, we bet that a scenario like the events of June 10th had NEVER entered your mind. How could it? It doesn’t even seem real. It sounds like something straight out of a low-budget ‘straight-to-DVD’ horror movie, right?

On June 10th at a tour stop in Orlando, Florida, musician Christina Grimmie met with fans in a meet and greet setting INSIDE a venue. Moments later, she was fatally shot by a ‘crazed fan’ who was rumoured to have driven over two hours across the state specifically to take her life. It has also been reported by an eye witness that Christina had welcomed the 'fan' to the table with open arms.

For those of you that were unfamiliar with Grimmie’s immeasurable talent, she began her singing career as a YouTuber who eventually placed third on The Voice US. She then scored a recording contract and toured with the likes of Selena Gomez - she was 22 years-old.

As a direct result of what happened to Grimmie, and the despicable attack in Orlando’s Pulse Nightclub the following night, the repercussions on security within both the music industry and the YouTube community are mounting. This is yet another sad and terrifying extension to our already ongoing conversation about artists and their fans. YouTube conventions, gaming conventions, book signings, club appearances, VIP Meet and Greets, and even meeting fans at barriers outside of venues. They’re all about to change as you know them.

My first email was to our security team at VidCon. We had already increased security plans from last year but are reviewing now.

In the wake of these tragic events, convention organisers of both VidCon and Summer In The City have already spoken about increased security measures in place at this year’s events. Fans have specifically called for more metal detectors.

Many YouTubers, and musicians have tweeted their condolences to Christina Grimmie and her family, and many have also voiced their concerns about similar situations that may or may not unfold in the future.

i want so badly to just be brave, but this weekend has made me so scared. meet & greets after a tour stop? gay bars during pride month?

times like these, I can't help but think of all the scary threats women on YouTube get, & how easy it is to get access to us #RIPChristina

Don't wanna wake up this morning. Nauseated, terrified, infuriated, and so so deeply saddened for Christina and her family. #RIPChristina

Selena Gomez, who was like a family member to Christina, cancelled all three of her tour meet and greets due to safety and most importantly, grief.

Due to what happened yesterday with Christina, Selena cancelled her meet and greet. #RevivalTourMiami

And musician Bea Miller, who rose to fame in a similar way as Christina, was also told to cancel her meet and greet due to the events.

my team is concerned about my safety and the safety of my fans so i can't do my yes girl chalk today i'm sorry, please be safe.

What Does It Mean For Them?

Instead of looking forward to interacting with their thousands of fans, there’s no doubt that YouTubers may occasionally, and rightfully so, opt out of these situations if proper security measures are not in place. Tyler Oakley has already cancelled a book signing.

Big name celebrities, like Justin Bieber who has a strained history with meet and greets, have stacks and stacks and STACKS of security surrounding them at any given time. But for YouTubers and smaller name stars, like Grimmie, it seems as though security at venues is never taken as seriously as it is for the big name celebrities at big name arenas.

Because why would it happen to them? Not that many people know who they are, right? Who would hate them enough to go through with something like that? The sad reality is, much like with Christina’s devastating loss, there might be someone who does. We’ve witnessed first hand the horrific rise of online trolling, which many YouTubers have taken the time to personally address. Our UK readers may remember when Tanya Burr organised a spontaneous meet up in London’s Covent Garden, only to end up swarmed by THOUSANDS of people. Literally anything could happen in a situation like that.

We were already planning increased security at VidCon 2016, but our security team is reviewing all plans now. We will keep you informed.

What Does It Mean For Us?

This is where we, the fans, come in. Changes will - hopefully - be made to the way you will be able to interact with your faves on personal level. Things now may take twice as long, things may get cancelled, things may be stopped before you get the chance to make it to the front of the line. But no matter how much you’ve paid or how long you’ve waited, you should ALWAYS, ALWAYS respect the feelings of the artist or YouTuber at hand.

You too should also feel comfortable and safe when you find yourselves in those situations. Be thankful that those security measures will be in place to ensure YOUR safety, and that of your favourite star. It’s easy to flip out in a sweary 140-character rage but always remember, life is more important than a selfie.

Security will always be our top priority at Summer in the City. Your safety and well being is always at the top of our list.

Please stay aware and always report anything that seems unsettling to a member of security. But most of all, NEVER let the infuriating events of the past few days ever dampen your enthusiasm and excitement towards meeting your idols. EVER.

Our thoughts and deepest condolences are with Christina’s family, as well as everyone who lost a family member or a friend in Pulse Nightclub the following day.

Here’s How Daily Vlogging Can Damage Relationships And Mental Health 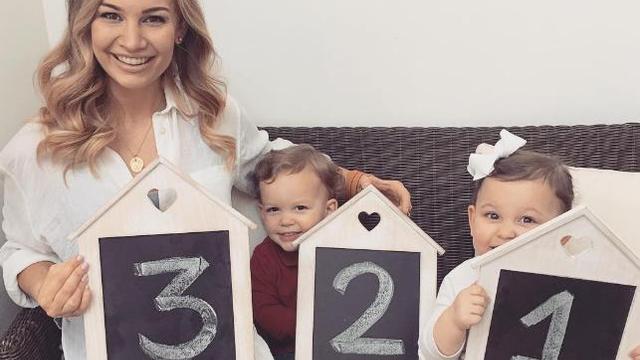