The YouTube community came together for a beautiful tribute to one of its own.

Ever since Christina Grimmie's passing on June 10th, the Youtube community has fought to keep her online legacy alive.

Fellow YouTubers have tweeted their condolences, musicians have paid their own tributes, Grimmie’s family have even made their own video tribute to the star but VidCon’s final tribute to will make you cry a thousand tears.

Presented at VidCon by Hank and John Green, the video features a montage of her greatest YouTube videos. YouTubers, friends and collaborators came together to perform "With Love", the title song from Grimmie's first, and only, album. At the end of the video, Hank and John - who fought through tears and had to finish each other's sentences - called for a minute of applause instead of a minute of silence.

Traditionally in moments like these we take a moment of silence in our culture and we encourage you to honour Christina’s memory in whatever way you wish, but she was a talented and innovative performer and we would like to ask for, instead, a minute of applause for Christina.

The beautiful tribute to one of YouTube's first and promising exports comes after an intense couple of weeks of security concerns surrounding online personalities. The Green brothers, who created VidCon, had previously made it clear that they would do everything in their power to make sure YouTube conventions like their own would be a safe space for both creators and fans. 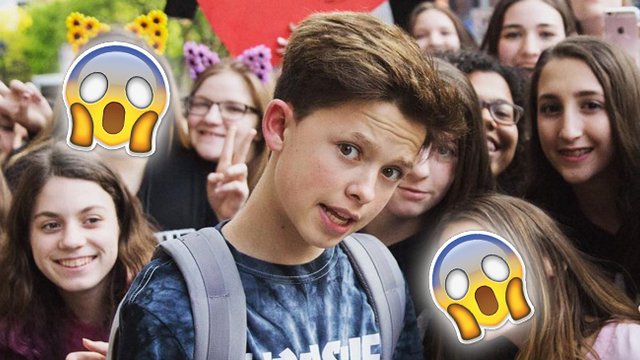