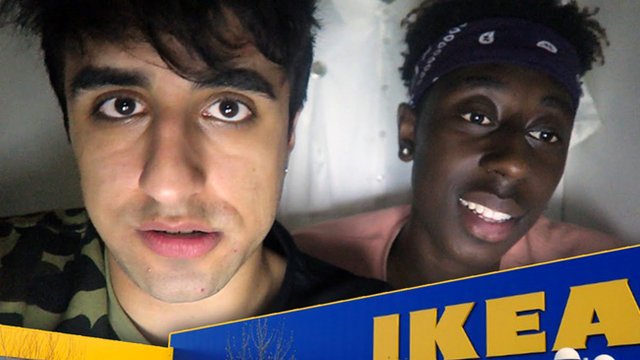 Good luck with that...

Do you remember that time Belgian YouTuber Bakuna Fatata made a video of himself hiding in an IKEA store overnight and it became so popular it started a YouTuber challenge trend?

Well, it looks like Ikea have finally cottoned on it and they are trying to persuade teenagers to stop.

It all started back in August when Bakuna Fatata and a friend dedicated to hid in a closet while his local IKEA store was kicking out customers. They stayed in there eventually for so long that everybody left, the music stopped playing and they were left by themselves to cause havoc (well, they jumped on some beds). When it got to about 5.30am they hid back in the closet and waited until the store opened again to escape.

Well there have been a couple of instances where people have tried to recreate the video but unlike Bakuna Fatata, they got caught. This has lead IKEA UK to release a statement to the BBC asking YouTubers to stop. They said:

"We appreciate that people are interested in IKEA and want to create fun experiences, however the safety and security of our co-workers and customers is our highest priority and that's why we do not allow sleepovers in our stores."

Their Swedish counterparts weren't as diplomatic. "Maybe needless to say that the fun in it is overrated. A long night of sitting still, only to then risk getting into trouble with the law."

Would you survive a night in IKEA? Take our quiz to find out! [H/T Teen Vogue]