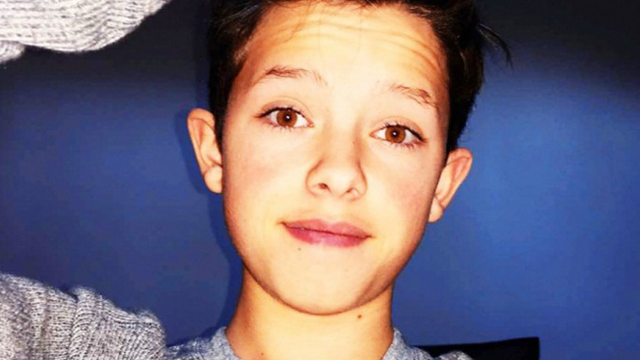 What the HELL do the police want with Jacob?!

Listen, we can all agree that waking up is literally the WORST part of the day. But no matter how bad you thought YOUR mornings were, we bet you've never had one as wild as Jacob Sartorius. Earlier this week, Jacob got a pretty terrifying wake up call from 15 armed police officers who stormed into his home and pinned him to the ground. No, we're not joking.

Jacob tweeted about the terrifying incident - which happened late on Tuesday night (Aug 8) - and told his fans that he would explain everything later.

i just got woken up being hand cuffed by 15 police with guns pointed to me pinned to the ground. i'll explain later.

Everyone was pretty skeptical of the tweet at first with some suggesting it was either a prank or an attempt at gaining attention but ten minutes later, Jacob posted a video to his timeline or helicopters circling his house and shining searchlights into his backyard.

there were helicopters flying over our house. minutes after this video our back door got kicked down & i was pinned to the ground. pic.twitter.com/OuEuoW4PFN

He then revealed that the entire thing was just a misunderstanding and that everyone in his house was fine.

everybody's okay. they explained that they're was a huge misunderstanding & that neighbors thought there was a robber in our house.

People were also speculating whether or not Jacob was the victim of 'swatting' because honestly, why would the police pin down a 14-year-old boy at gunpoint?! Swatting, a huge online prank trend that peaked a few years ago, is when someone calls the police claiming there's something suspicious or violent happening at a residence which will result in a ton of police showing up this person's house for no reason.

Damn Jacob! At least his neighbours have his back...