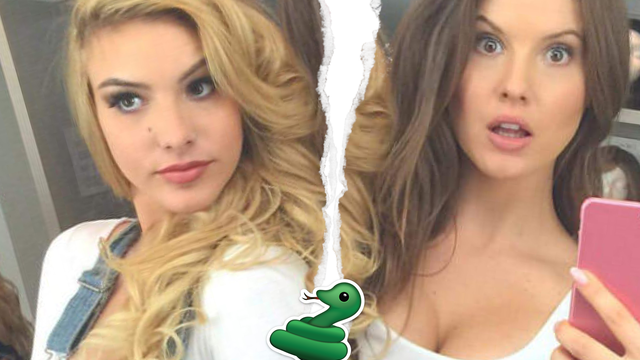 Ooop, this is a mess.

We know social media can be competitive. YouTube and Vine stars aren't just vying for fans. They're also in it for the increased profile. And, with so much on the line, things are bound to get ultra competitive.

This is Amanda Cerny and Lele Pons.

The pair have been pals for a while now, which makes sense because they're both massive social media influencers.

Fans may have gotten a massive shock though when, earlier this week, Amanda posted this photo on Instagram with the caption "When you find out who your real friends are".

In a video posted to her YouTube channel, Amanda explains why she "dumped" Lele Pons as a friend and the receipts are damning.

Can't believe they are not friends anymore. I'm upset pic.twitter.com/6BhvhsPetx

Amanda explains that, on occasion, she would notice that some of her Instagram posts that were doing well would mysteriously disappear.

Then one day, while hanging with Lele, she saw that Lele had taken her phone and pretended to be Snapchatting. When Amanda later checked her Instagram, she noticed that a recent post had been deleted and that's when she put two and two together. 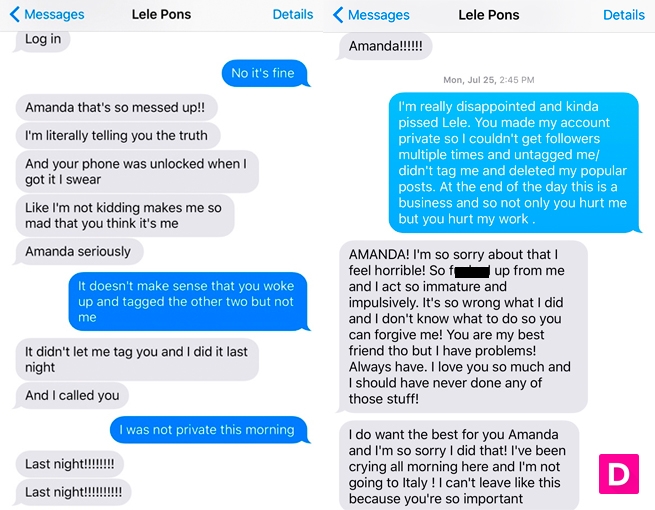 Lele Pons has not addressed the situation directly but Amanda Cerny did tweet the obligatory feud snake.