It's not Marina's 'bizzare' behaviour we should be concerned about, it's the ignorant comments on her Facebook post.

Another day, another story regarding Marina Joyce’s controversial online presence. Just weeks after the mind boggling hostage/abuse/drugs conspiracy, Marina is making the most out of her new found internet fame and this week, she’s been letting everyone know about her plans to build a temple in Peru.

While many publications ran with the "Look at what wacky thing Marina has done now!" theme, the internet was actually more concerned with the responses Marina had been receiving on the post.

Since the entire #SaveMarinaJoyce saga began, Marina has gained over 2m subscribers, a ton of new Twitter followers and her most viewed video has now been watched 32m times. For many users on social media, it’s becoming clear that the majority of people are waiting with baited breath for her next out of character, "delusional" move.

And at a quick glance, you can see that the majority of comments are people trivialising and making jokes about mental health. 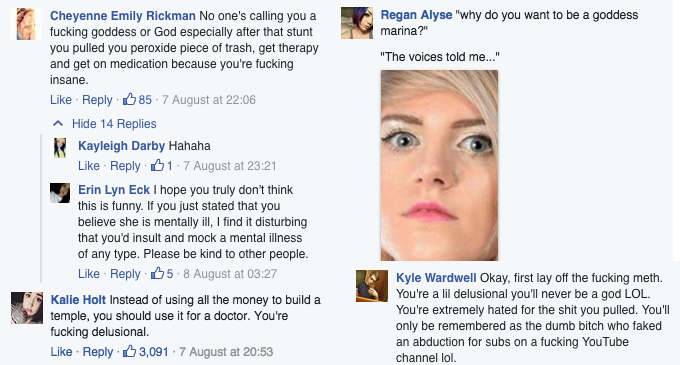 The internet in general is honestly not here for it.

The ignorant comments left on articles about Marina Joyce proves there needs to be a larger, louder conversation surrounding mental health

Why was everyone so concerned about Marina Joyce and now that it's obvious she's very mentally ill it's all become a joke?? :)

people saying we need to focus on mental health also taking the piss out of Marina Joyce pic.twitter.com/PRhj5YH8FG

There's also concern about the exploitation of Marina's "new found fame" amongst Twitter users, calling out brands and fellow YouTubers for cashing in on her situation.

Are there YouTubers actually doing collabs with Marina Joyce?? Like holy shit, don't use someone with clear mental health issues for views?!

I've lost sooooooo much respect for so many YouTubers for making fun of Marina Joyce. You don't understand that you're making things worse.

It's understood that Marina has gone through some difficult times - while she nor her family have spoken about it explicitly, she has spoken about it in her past videos. So if this ultimately was the case, the continued narrative of this entire issue pretty disturbing.

The internet had the exact same trivial reaction to Amanda Bynes when she went through a rough spot in personal life a few years ago. She was later admitted to hospital for mental health reasons. We've seen what all those hateful and ignorant comments can do to a fragile mental state and Twitter users and friends of Marina in the YouTube community are calling for a wider conversation about mental health.

What do you think about the reaction to Marina's latest post? Let us know in the comments. 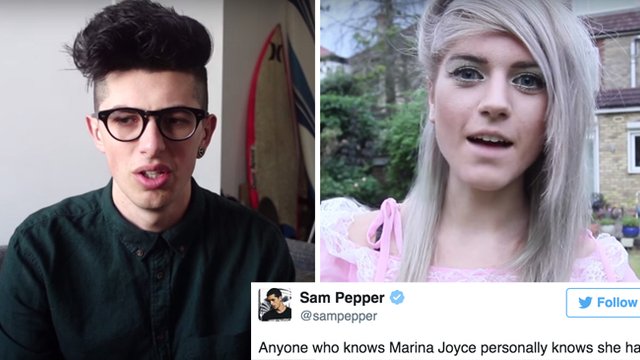 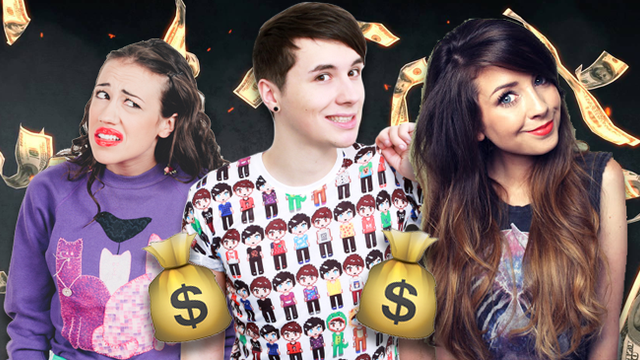