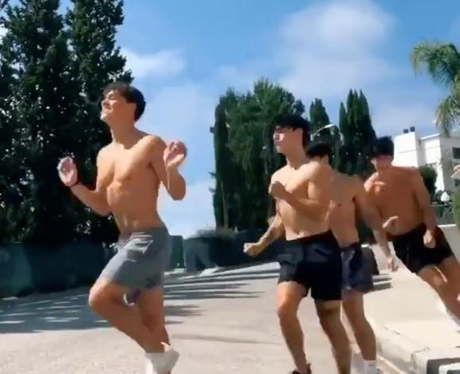 Noah Beck has been accused of being homophobic on a few occasions. In August, he shared a video of himself dancing to Ayo Eisha's 'Eisha No!' with the Sway House boys. The boys strut around to the lyric: "Look at the way that I walk," in a manner that was accused of mocking how feminine gay men may walk. Noah also liked a tweet that read: "The LGBT community annoying as fuck," and "queer baited" in a video with James Charles'. Noah is yet to address the accusations. [via TikTok]