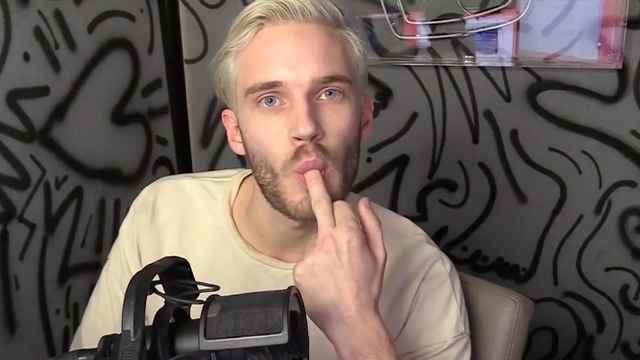 The YouTuber rants at the media and his critics in a video entitled 'My Response'.

PewDiePie has finally responded to the uproar following his antisemitic jokes, apologising for the choice of words before blaming the media for orchestrating a supposed "witchhunt" against him.

Following his removal by Disney from their YouTuber platform and YouTube themselves pulling his Google-preferred status, PewDiePie, real name Felix Kjellberg, shared a ten minute vlog in which he literally gives the finger to the Wall Street Journal who first reported on the extensive number of antisemitic references in many of his recent videos.

It all starts out well, Felix admitting that not only was it just a bad joke, but that it was his own lack of experience as a comedian that led him down that path:

"I do strongly believe you can joke about anything but I also believe there's a right way and not the best way to joke about things. I love to push boundaries but I would consider myself a 'rookie comedian' and I've definitely made mistakes like this before. It's always been a growing and learning experience for me.".

Fair enough - comedians should have freedom of expression and it's nice to see him acknowledge that the way he went about it here was crass, rather than satirical as he had intended.

But then everything goes a bit downhill. The vlogger attacks the media by saying that they are, wait for it, "normalizing hatred". Hmm...

"They [the media] blatantly misrepresent people for their own personal gain, even viciously attack people just to further themselves...It was an attack toward me, to try and discredit me, to try and decrease my influence and my economic worth. These three gentleman from WSJ that did this are also very proud of this...Try again, motherfuckers".

Yes, how dare journalists call you out for a joke you've already admitted was, at best, very misjudged. Kinda feels like that apology may be a little bit hollow. Plus, it's a bit tricky to accuse someone of "normalizing hatred" and then follow it up by referring to some writers as "motherfuckers" for doing their job. Like it or not Felix, the biggest YouTuber in the game making antisemitic jokes that then get used by offensive websites to justify their bigotry is a legit news story.

He concludes the video with a teary thank you to his supporters who will, of course, back him regardless of what any news reports say about the whole thing.