Why PewDiePie Deserved To Get Fired For His Antisemitic "Jokes" 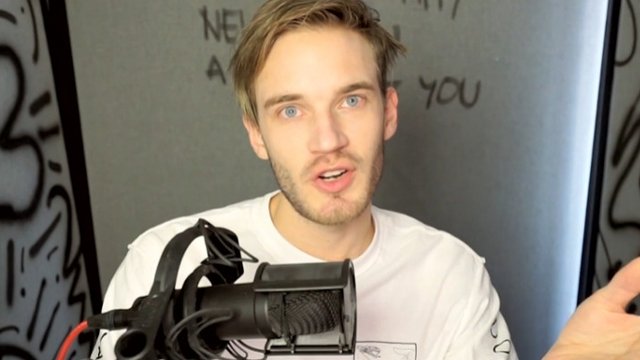 As Disney pulls its endorsement and YouTube cancel his ongoing series, it's time to call out his "jokes" for what they really are...

As the latest PewDiePie antisemitism scandal unfolds, many of the YouTuber's core fans are up in arms over Disney's decision to cut ties with him, removing him from their websites and ending his partnership within their Maker studios, quickly followed by YouTube themselves cancelling his upcoming series and removing him from all Google advertisements.

PewDiePie has been called out for his consistent anti-semitic humour in recent months, after posting his now infamous 'Death To all Jews' prank video that got two Fiverr users banned.

But wait - there's more! Here's a handy breakdown of the other problematic behaviour the vlogger has been up to recently via our friends at We The Unicorns:

And yet still, his legions of fans come rushing to his defence under the guise that it is "just a joke". Some of these staunch defenders are working themselves up into a social media-based frenzy today, enraged at the media's inability to understand the edgy humour their hero keeps peddling, randomly emitting words like "snowflake", "cuck" and "SJW" as if they are permanently trapped inside the world's sh*ttest game of Catchphrase.

Other apologists, however, are a more relatable bunch - casual fans who want to see the best version of a personality they enjoy watching online, worried that those calling him an antisemite are also calling out all of his millions of viewers in the same way.

Even a few of his fellow YouTubers are rushing to support him like KSI who tweeted his thoughts earlier today:

All beef aside, @pewdiepie getting dropped by Maker, OVER A JOKE, is absolutely ridiculous. Thank god I left them last year.

And of course, as the star of Laid In America, he clearly knows a good joke when he sees one...

Here's the thing that all these fans and fellow creators are missing though - "it's only a joke" has never been, and never will be, an excuse for antisemitism or any other kind of hate-inciting behaviour.

Dismissing these comments as "just a joke" gives further fuel to the groups aiming to normalise this type of language and attitudes online. Seriously - how is it we still have to go over this sh*t in 2017? FFS, this is basic stuff people!

The man himself dismissed any claims that he is in support of hate groups, writing on his blog this past weekend about the current level of uproar surrounding him:

"I make videos for my audience. I think of the content that I create as entertainment, and not a place for any serious political commentary. I know my audience understand that and that is why they come to my channel.  Though this was not my intention, I understand that these jokes were ultimately offensive. As laughable as it is to believe that I might actually endorse these people, to anyone unsure on my standpoint regarding hate-based groups: No, I don’t support these people in any way."

Now there's obviously a positive intention behind that statement but we have to take issue with a few of your points here PewDiePie...

1) Not all of your audience "understand" that you are not being political.

You have millions of followers. Those followers share those clips everywhere. Not everyone who sees it is going to understand if there is a level of irony to your material. Plus, the Disney Maker channel is a completely different audience so OF COURSE they were going to drop you as soon as you failed to meet their company standards. You played yourself.

2) Getting someone to write 'Death To All Jews' isn't even a "joke" in the first place.

There's no element of a joke there, you are just aiming for shock value. If you want to see comedy on this topic done well, go watch Louis CK, Chris Rock or even former YouTuber Bo Burnham - performers who actually understand how to execute and undercut controversial statements in a humorous way instead of just throwing out random offensive phrases in the hope that some of it sticks. Pulling off comedy about edgy topics requires a great deal more skill than what's on display here.

3) It is not "laughable" for people to think you endorse hate groups.

You've posted fan-drawn swastikas in videos. You've thrown up Hitler salutes at regular intervals. But, worst of all, you've waited this long to actually say anything to suggest that you don't believe the ignorant views you keep pretending to affirm.

And, as much as you've made it clear you don't actually hold those views, we're all still waiting for you to denounce the groups who've started heralding you as a saviour of white supremacy, citing these videos as evidence.

(Psst - I think they may have missed the "joke" bit of your argument).

So, in summary, Disney and YouTube were completely correct in their action here. The normalisation of this kind of language has to stop and it's nice to see action actually being taken for once - many are now asking where YouTube were when Sam Pepper-gate was kicking off? It's a valid question.

Either way, the minute we realise that "just a joke" isn't a valid argument, the more welcoming and open the YouTube community will become.

What do you guys think of PewDiePie's ban? Let us know below.

QUIZ: What percentage generation snowflake are you?