PewDiePie Says He Will Stop Making Nazi References After Charlottesville 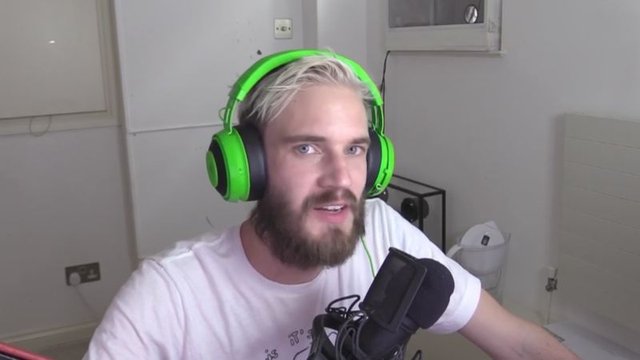 The YouTuber has distanced himself from white supremacists groups in his latest upload.

In his latest video post, uploaded in the wake of the white supremacist rally in Charlottesville, YouTube star PewDiePie has announced he is finally reconsidering his use of jokes and references to Nazis in his videos.

PewDiePie, of course, caused controversy earlier this year after he was accused of anti-semitic behaviour, including a prank where he paid people to hold up a sign that read 'Death to all Jews', losing his contract with Disney's Maker Studios and seeing his YouTube Red series have its second season cancelled in the process. He has been consistently hailed by members of the alt right as a prominent voice of the movement, despite his inisistence that he does not agree with their views.

He made reference to the controversy on Saturday (August 12th), tweeting this caption alongside an image of the Charlottseville rally:

These guys clearly watched one too many pewdiepie vids #charlottsville pic.twitter.com/AARRrMkX7c

And now, it would appear that he has finally realised that Nazis aren't particularly amusing and will be scaling back his "humour" in the future:

"I'm just a guy making jokes on the internet. Believe it or not, I want nothing to do with these people. I have no hate in my heart and I only have hate for hateful people...I remember back when everything happened in February, I was sort of like, 'I mean they're just jokes, there's not actual Nazis out there, what are you talking about?'"

Watch the video for yourself below: