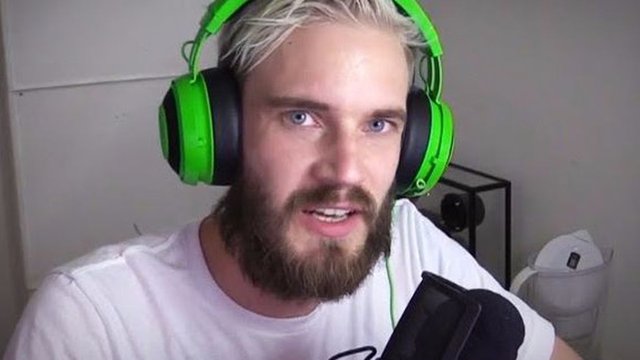 The YouTuber has been roundly criticised for his use of the racial slur with some game developers threatening to remove his videos containing any of their material.

YouTuber PewDiePie has caused further controversy by using the 'N-word' during a recent live stream.

He later apologised saying he didn't mean it "in a bad way". The YouTuber was embroiled in a similar incident back in January.

Fans and other YouTubers were quick to react to the video overnight on Twitter as #PewdiepieIsOverParty became a worldwide trending topic:

Jake Paul is trash
Pewdiepie is trash
all these white youtubers are trash, stop praising their mediocrity #PewdiepieIsOverParty pic.twitter.com/IAiNxGR4BV

someone make this go down just as fast as jake paul's did #pewdiepieisoverparty pic.twitter.com/jEbhuoHRaE

Furthermore, Sean Vanaman, the co-founder of Campo Santo games, took to Twitter to say that his company would be filing a takedown request of any PewDiePie videos and streams that feature their video games.

There is a bit of leeway you have to have with the internet when u wake up every day and make video games. There's also a breaking point.

He's worse than a closeted racist: he's a propagator of despicable garbage that does real damage to the culture around this industry.

If other companies follow thier lead, this could potentially be very damaging to the YouTuber who has already lost prominent TV and production deals with Disney and YouTube Red in the past due to his 'jokes' and comments around Nazism and white supremacy, including a prank that resulted in two men being paid to hold up a sign that read 'Death To All Jews'. He recently promised to stop using white supremacist memes in his videos following the events in Charlottesville back in August where protestor Heather Heyer was killed during a rally by Neo Nazis.

PewDiePie is currently the highest paid YouTuber in the world, earning a reported $124m since 2010 and has over 53m channel subscribers.