Pewdiepie Is Deleting His YouTube Channel At 5pm Today - But Do You Believe Him? 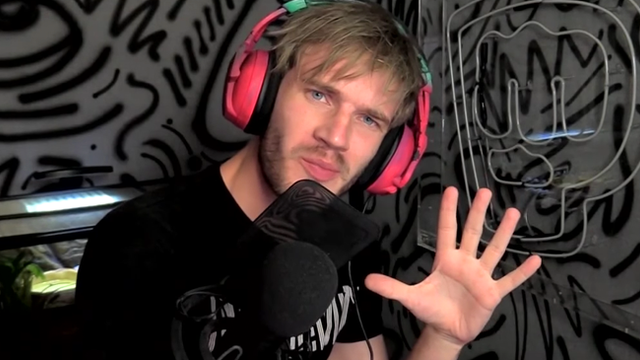 It happened. YouTube's very own Pewdiepie made history yesterday (Dec 8) as he reached the 50 million subscriber mark on his channel, becoming the first and only user of the platform to do so. (Side note: what even IS the play button trophy for that kind of achievement?!)

But in case you haven't been following Felix's recent tumultuous relationship with YouTube, he has been threatening to delete his channel once he reached the milestone because he's had enough of his issues with the platform's new algorithm.

At 8pm on Thursday, Felix had just under 50m subscribers. And then, almost 24 hours later, he hit the big 5-0, had a little celebration and made the announcement.

Listen, there's no WAY in hell that Pewdiepie will be deleting his incredibly influential and lucrative channel. Sure, he's probably got enough money to live off for the rest of his life but do you really believe that he would push the big red button on 50 million subscribers and a pay check of $15m a year? Nah, we don't believe him.

Remember when Sam Pepper 'deleted his channel' and went dark on social media? We've got a sneaky suspicion that Felix will just set all of his videos to private, making it look like he's done a runner. That way, the six years worth of content will remain in tact and nobody gets hurt. But what if he actually does delete it? What will that mean for YouTube to lose their biggest star? A bloody bad day in the office, that's what.

It's also worth noting that he's actually hosting two charity live streams on his channel on December 9th and 10th so, unless he's an absolutely SAVAGE monster, there's no way Pewds is packing up just yet. Whichever way this turns out, this is the finest scam we've ever seen and we have nothing but respect for his click bait hustle.