Shane Dawson Drags Beyoncé’s Daughter, Gets Dragged Back On #ShaneDawsonIsOverParty 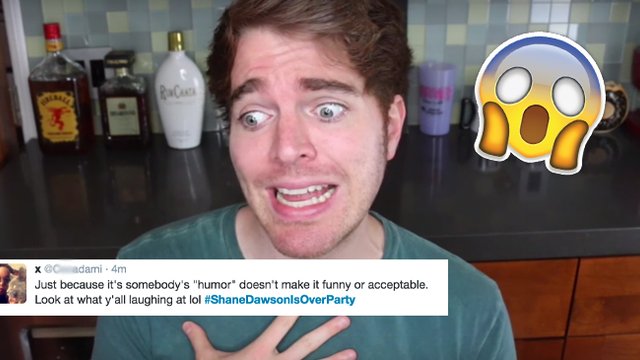 Did Shane go too far this time?

We love a Twitter party. The shade, the pettiness, the smell of righteousness as you drag your nemesis through the mud. Truly, it's one of life's great pleasures. So when we saw the #ShaneDawsonIsOverParty trending last night we couldn't help ourselves but have a sleuth.

Shane Dawson is a popular YouTuber known for his outlandish humour and outrageous comments on pretty much everything. But last night he went a step too far for many when he dragged Beyoncé and Jay Z's daughter Blue Ivy. She's 4 years old, fyi.

In a video uploaded to his YouTube channel, Shane tries various makeup products. Around the 3 minute mark, Shane tries out a face mask that he believes to be for kids as he bought it at Claire's, yet it fits his face. Cue lots of laughter about kids with big faces.

But then he starts dragging Blue Ivy in quite a personal way, both misgendering her and then saying she looks "like he's 48 and works at a bank".

The full quote is, "I’ve seen some babies that have some adult a-s faces. Beyoncé’s kid? He looks like he’s 48 and works at a bank. Like no thank you Ivy, I’m good. I don’t need a savings account."

It wasn't long until #ShaneDawsonIsOverParty started trending, with the Beyhive coming out in force to drag the social media star for making mean remarks about a 4-year-old child.

When you have to google Shane Dawson to know who he is but everyone knows who Blue Ivy Is #ShaneDawsonIsOverParty pic.twitter.com/66rdPHFt8N

#ShaneDawsonIsOverParty It may be "just a joke" to you, but attacking the self-esteem of a CHILD is pathetic, and never ok. @shanedawson

When you like Shane Dawson but he was wrong for talking about a child #ShaneDawsonIsOverParty pic.twitter.com/g30s1HTGcr

When you have to explain to these Shane stans why what he said was wrong #shanedawsonisoverparty pic.twitter.com/LvSGqJLXLc

However, Shane Dawnson's fans weren't taking this lying down. They started taking over the hashtag in support of Shane.

shane when he first saw the hastag but then saw everyone defendinng him #ShaneDawsonIsOverParty pic.twitter.com/v8IhlEfBIr

#ShaneDawsonIsOverParty lol me when the Beyhive thinks they can end someone as big and OG as @shanedawson pic.twitter.com/XVju1Cp2eO

This is the greatest edit of all time HECK YES I LOVE SHANE #ShaneDawsonIsOverParty ?? UM NO HE AINT BYE pic.twitter.com/rSqNE2hk48

Shane did respond to the controversy but deleted the tweet soon afterwards. According to Hollywood Life, it read, "I haven’t even seen a pic of her in years. I didn't even know Ivy was a girl cause I’m so out of the loop. So obviously my joke wasn’t meant to be taken seriously, but I’m still sorry." Didn't know Ivy was a girl, really?

Seems like it was a little too late, as his phone number and home address were leaked in revenge.

The thing is, yeah, it was only a joke. But you've got to be a bit of douchebag to make jokes about a 4-year-old girl. Why not pick on someone your own size, Shane? We're sure it won't be a stretch for you to find someone else to make ugly jokes about. Also, while you're at it, why not apologise for making black face videos too***. Seriously, delete yourself.

***Correction: Shane Dawson did in fact apologize for the black face videos. You can watch that here. 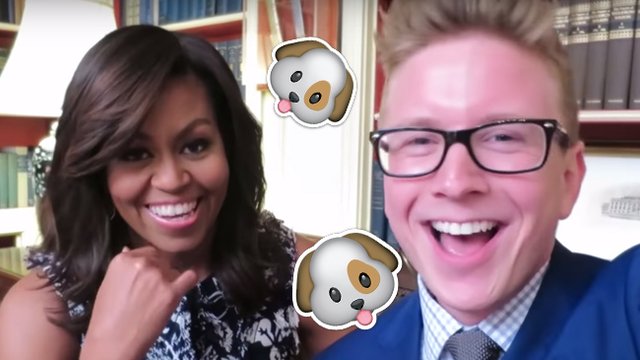