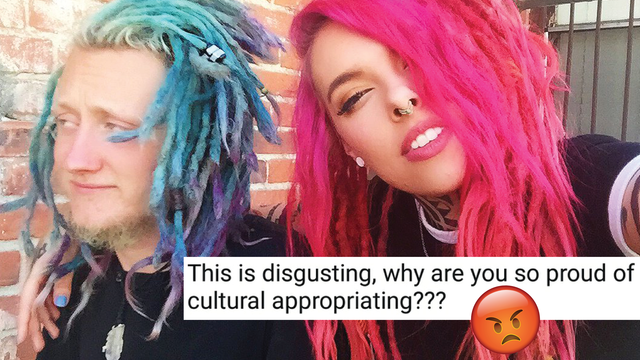 The YouTube couple are being DRAGGED for the ignorant "joke"

YouTuber couple Jason Sampson (veeoneeye) and Veronica Rose (victoriaxrave) are facing some serious internet backlash after proudly posting on Twitter that they are celebrating "2 years of Cultural Appropriating".

Jason previously courted controversy in 2014 after making an apology video seemingly corroborating an incident with an intoxicated minor.

The pair are known for their controversial hair and documenting their "alternative" lifestyles.

The Twitter caption was, no doubt, meant to be tongue-in-cheek, but people are less than impressed with the situation. 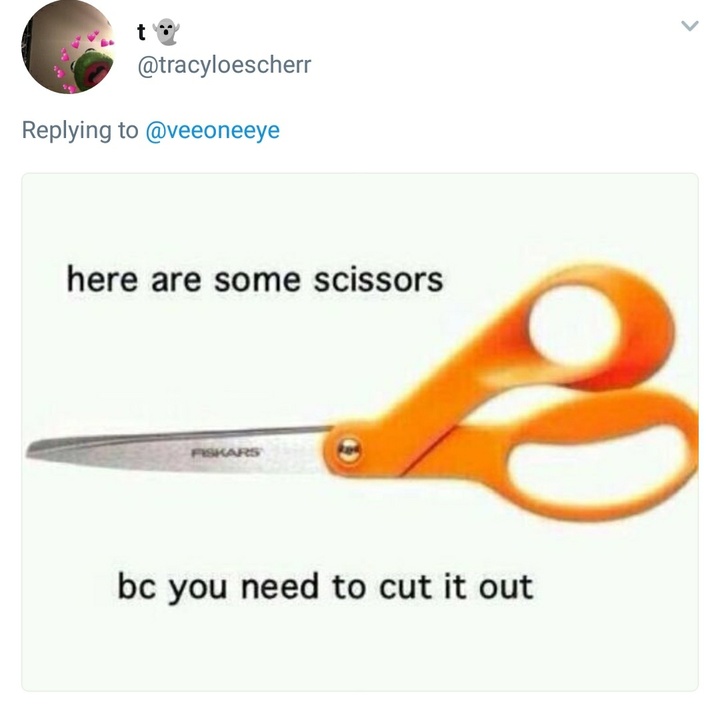 In response to the criticism, Jason later claimed on Twitter that culture was made up (it's not) and that Vikings had dreads (they didn't. They just had notoriously bad hygiene). 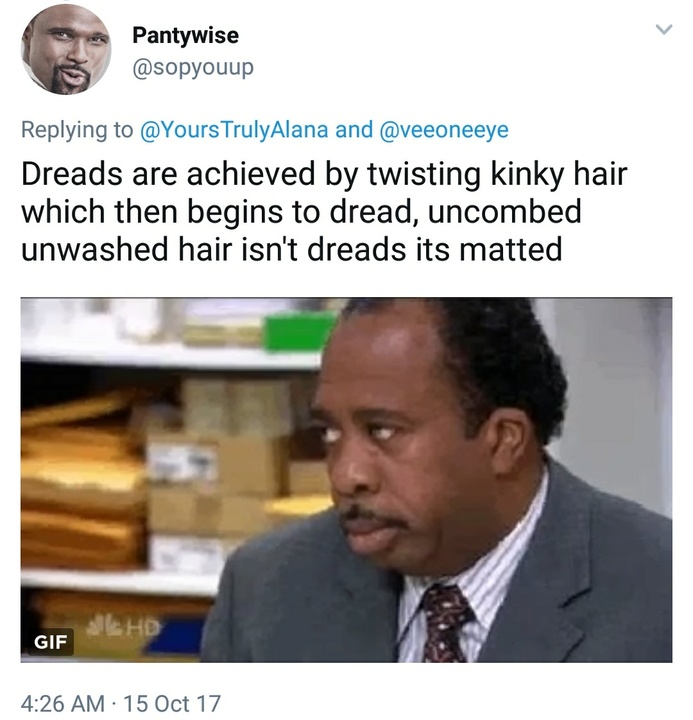 In a solo video, Jason called out "social justice warriors" who took issue with his hairstyle. Unfortunately, this isn't about SJWs. Cultural appropriation does have serious real-world implications. 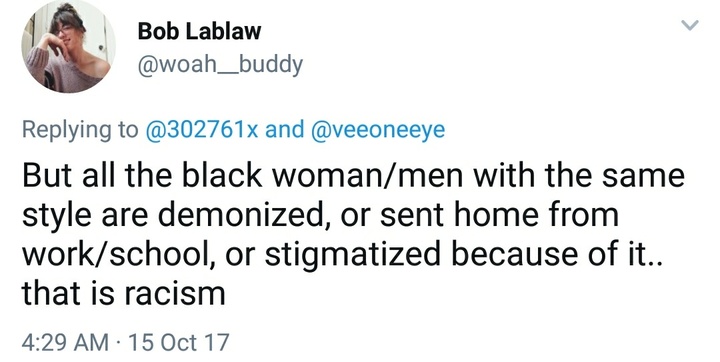 Black people, whose hair can naturally achieve the pattern required for hygienic locs, are often called "dirty" and "unprofessional". Many black men and women with this style are told that their hair is a "distraction" and does not fit into work/school dress code standards.

Taking a hairstyle that has specific cultural context and adopting it as your own because you like the aesthetic is a damaging form of cultural appropriation whether they choose to acknowledge that or not.

The couple have since doubled down on their claims that there is nothing problematic about their hairstyles, despite intentionally inviting criticism with their "edgy" caption.