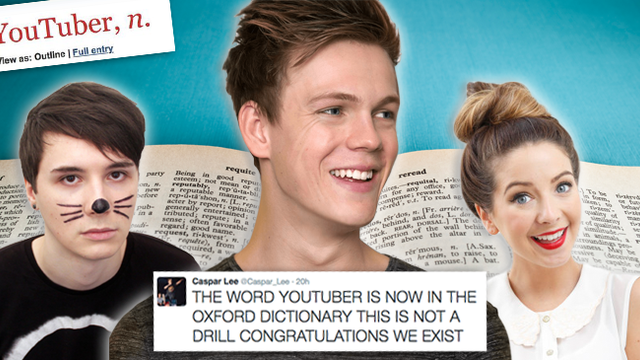 It's official! The word 'YouTuber' is now in the Oxford English Dictionary which means you totally tell your mum to stop harassing you to get a 'real job' 'cause it exists, it's real and it's happening.

The OED has added the noun to a list of around 500 new words that are to be introduced to the dictionary.

And the definition they've included with the word? "A frequent user of the video-sharing website YouTube, especially someone who produces and appears in videos on the site," which you and I both know isn't teeeeechnically correct. A 'YouTuber' is a creator, not someone like me - a frequent user - who sits on YouTube for hours *consuming* videos. There's no 'especially' about it. A real 'YouTuber' deserves way more credit than that, don't you think? 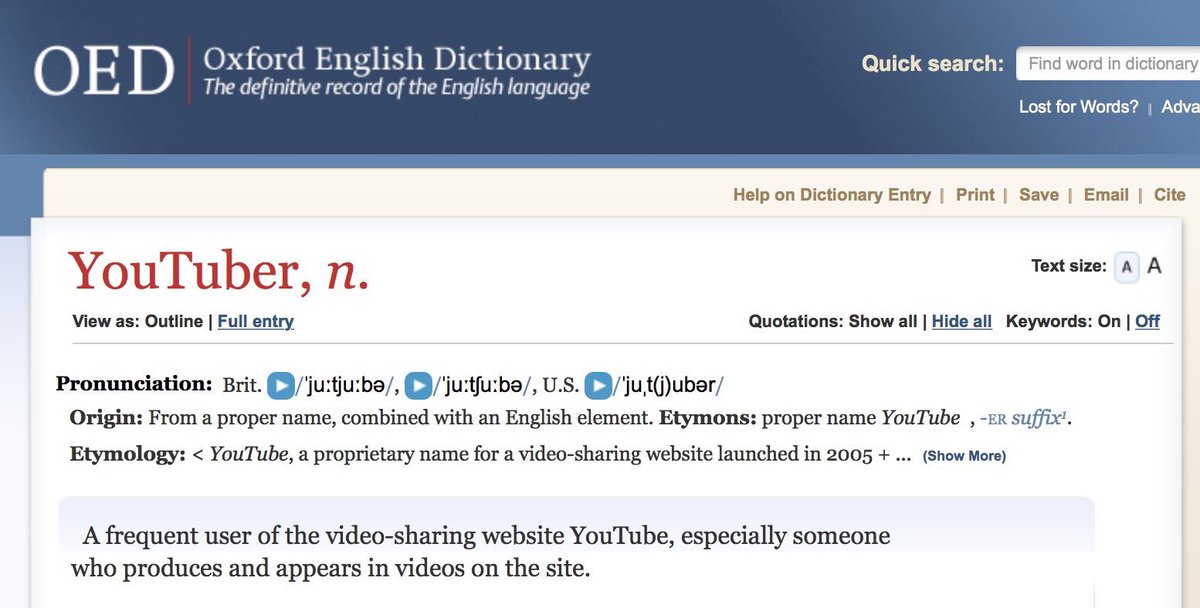 Either way, we'll take it - and so will Caspar Lee!

THE WORD YOUTUBER IS NOW IN THE OXFORD DICTIONARY THIS IS NOT A DRILL CONGRATULATIONS WE EXIST pic.twitter.com/z8DSVIOgrm

Other words added to the Dictionary include Brexit (keep it), Defcon (which will be appropriate in the next few years), Fingertip (how was that not in there anyway?) and tombstone (we're preparing ours as we type). Congratulations everyone!