Everybody loves a good cover!

Everyone loves a good cover, right? YES! YouTube is home to some incredible talent. Casual artists and up-and-coming superstars are always putting their own unique twists onto some of the biggest chart songs and they are beyond incredible.

So next time you're searching YouTube for your faves new track, don't forget click on a few of those cover artists you might usually scroll past - we guarantee you'll find more than a few gems.

Here are 10 of the very best YouTube covers that we think are better than the originals. Don't @ us!

Can you even imagine Sam and Adam Levine engaging in a Vocal-Off?! The acoustic backing in Tsui's version gives the song a much more chill, sentimental vibe. Here's a little tip we picked up from the comment section: Change the speed to 1.25, sit back and enjoy the magic.

Louisa's voice is too much to handle, and the mash up of these two 1989 songs in particular is genius. Stripping the original tracks of those catchy pop beats makes them so. much. better! (Don't tell Taylor Swift we said that.)

After her stint on The Voice US, Christina is still blessing us YouTube lovers with new covers. Her INCREDIBLE version of Sia's Elastic Heart gives us way more chills than the original.

Boyce Avenue are the creme de la creme of the Youtube Cover game and their version of JT's Mirrors falls nothing short of spectacular. Maybe Justin's original version needed those extra five harmonies on it? (See what we did there?! HA)

What's better than one ***Flawless voice? TWO! Sisters Chloe and Halle Bailey even managed to impress Beyonce with this cover. She called them "so amazingly talented". We're not jealous... not at all! And it doesn't end there... check out their cover of Adele's Skyfall!

If you're unfamiliar with the musical stylings of Postmodern Jukebox then let us elaborate... The band interprets recent chart hits with a vintage jazzy feel and they are *mind-blowing*.

9) Chester See - Hold It Against Me (Originally by Britney Spears)

Time for some throwback Chester See. How he managed to turn such an iconic club banger into a sentimental ballad is beyond us. We'd even go as far to say that Chester's version is THE perfect wedding song. Too much? Extra points for the dog.

We're pretty sure Nicki would agree with us on this one. If only for the line, "My name is Miranda, you can call me... Miranda." SLAY. 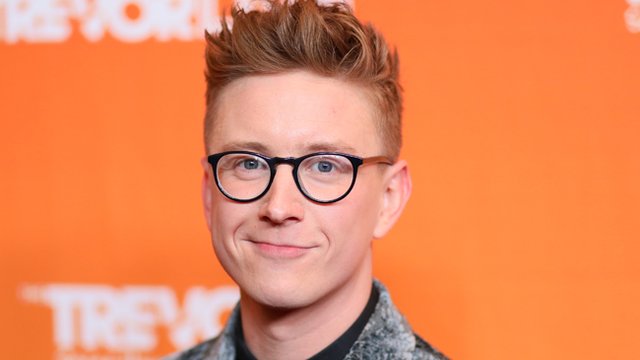 12 YouTuber podcasts you need to listen to right now

The Pentatonix's Guide To Making The Perfect Party Playlist