YouTube Vs. Vine: Which Should You Waste Your Time On? 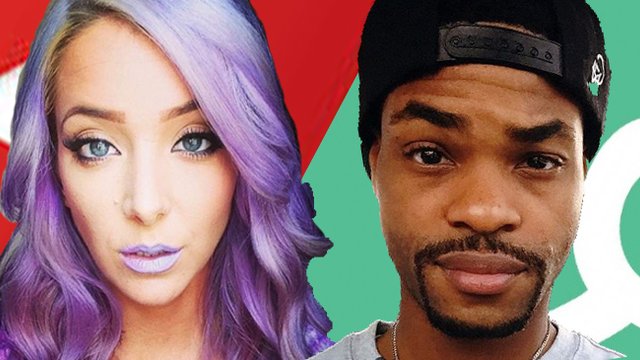 It's the Internet revolution! Another one...

And while most social media apps are quite content to stay in their lanes, the comparison between YT and Vine comes up again and again. It’s not hard to see why – they use the same medium, have a similar style of comedy and, as of 2015, share a lot of the same personalities.

We’ve seen both YouTube stars like DeStorm, AlfaCat and Bo Burnham migrating to Vine and vice versa, with Twaimz, Nash Grier and TheGabbieShow. Gabbie now makes videos on both her personal YouTube channel and in collaboration with BuzzFeed.

The battle of the video sharing apps is a thing.

But which one is better, really? PopBuzz investigates.

You can totally fall in a clickhole on YouTube and watch 4 hours of videos in a single go. But Vine’s endless, autoplaying loop is literally designed to keep you prisoner. YT wins this one.

While there are still a bunch of YT comedians we love and the Harts always bring the lolz, the platform’s been feeling a little stale lately. Meanwhile, Viners invented the six-second comedy game and have been slaying it since #ButThatBackflipTho.

YouTube has given us the comment section, the Project for Awesome, Have a Hart Day, VidCon and Playlist Live. Meanwhile, the Vine stars of today only seem to talk to, well, other Vine stars.

In the time it takes you to record, edit, upload, title, tag and post a YouTube video, a Vine star has risen and fallen. And that’s not even considering all the expensive equipment you’d need to stand a chance on YouTube. Let’s be honest, Vine’s 60-second, smartphone format makes it approx.. 1000% more accessible to creators.

Everything is sponsored. That’s it.

Vine is unofficially known around the internet as the "black social network.” A quick look at the popular page will reveal a pretty diverse lineup of creators in terms of race, gender, etc. A lot of Vine comedy is rooted in black culture, and not in the condescending way some YouTubers have gone for (you know who you are.) Meanwhile, YouTube’s Most Subscribed are consistently cis, white and male.

We’re kind of diggin’ Vine lately. Maybe it’s not a competition (riiiiiight), but it’ll be really exciting to see where the Vine community goes in the next couple years.