YouTuber Arrested After Accidentally Killing Her Boyfriend In A "Stunt" Video 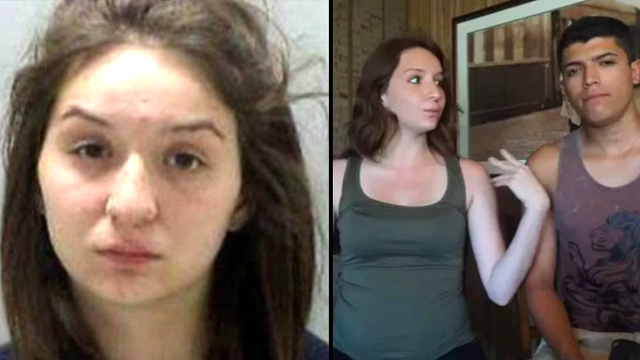 If she's convicted, she'll spend 10 years in jail over a YouTube "stunt".

People will do absolutely ANYTHING to send a video viral these days. From putting themselves in danger to breaking the law, one aspiring YouTuber has tragically found out the hard way. Monalisa Perez, a small vlogger and stunt/prank YouTuber, has been arrested for shooting and killing her boyfriend Pedro Ruiz after attempting to film a YouTube stunt that went horribly wrong.

The couple agreed to film a video of Perez shooting a bullet into a heavy encyclopaedia book that Ruiz was holding in front of his chest with the hopes of it going viral. The book was apparently meant to stop the bullet in its tracks. They set up two cameras and then began to "shoot", for want of a better phrase, the supposed stunt. She even tweeted about it before hand.

Perez reportedly shot the gun from about one foot away and then ran out of the house screaming. It was confirmed that Ruiz died from a single gun-shot wound to the chest. The couple have a three-year-old daughter together who was in the house at the time of the shooting. Perez is also pregnant with their second child.

The video footage has now been taken in as evidence and local officials do not plan on releasing the video. To be honest, here's hoping the footage NEVER finds its way online.