When Is It Not Okay To Share Videos Of YouTubers? 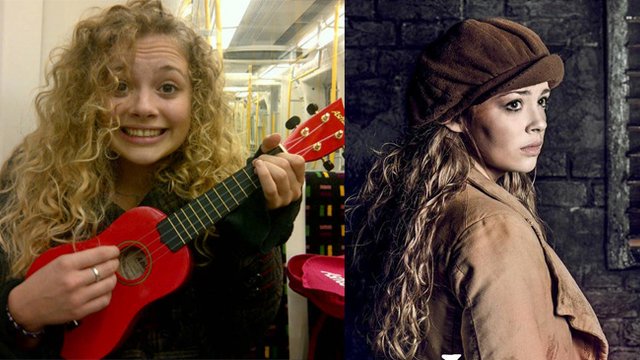 Put your phone down!

YouTuber, actress, writer and nice person Carrie Hope Fletcher took to twitter this weekend to call out people attempting to record her performances in the current West End cast of Les Miserables.

This is far from a new problem. Theatre ushers around the world are trained in how best to politely ask someone to put their phone away and stop ruining the show not only for the person next to them but also the performer and the rest of the audience who can see the light from above.

And it is, of course, not limited to theatre. Every gig now comes complete with a sea of phones (and the occasional ipad) recording every move, seemingly forgetting the fact that if they moved the screen out of their face for two minutes they might get a better view of proceedings. And what will happen to these Cloverfield-style shaky cam vids with added fangirl scream soundtrack drowning out the actual song? They sit on your phone, collecting virtual dust before being promptly deleted when you need space for a Whatsapp update.

Or, sometimes they end up on tumblr. And, for theatre, this is a big problem. If the live performer is being distracted by a camera light, it hardly seems fair to post a video online showcasing what will inevitably be one of their weaker performances.

The problem facing Carrie is that her young fans largely know her from YouTube and therefore feel a personal connection, viewing into all aspects of her life via her videos. But, in a world where people are attempting to look into Zoella's house, fans need to learn where the cut-off point is; just because someone talks to their direct audience via video, it doesn't mean their entire life should be documented, especially when they have made perfectly clear that this is not the right forum.

Will Carrie's tweet put a stop to video recording of the show? Honestly, probably not. Take it from a former usher - if people are determined to record something, they will do it regardless of prior warnings. But, hopefully, her statement will at least encourage younger fans to think twice before they reblog pirated show footage and consider that, maybe, they should respect the people making the show a little bit more?

What do you guys think about Carrie's comments? Let us know below.