This is simply not okay.

If you read the recent headlines about a pedophile impostor posing as Zoella, don't worry, that immediate feeling of horror you experienced was totally normal.

David Harmes, 20, was convicted and sentenced to eight years in prison after he posed as internet stars (like Zoella) in order to coerce young girls into performing sexual acts. Harmes never met his victims in person, but he corresponded with them online, often obtaining and distributing illicit images of them.

Some of those girls were as young as eight years old and many thought they were auditioning for modelling contracts.

It's a bit of a downer and not entirely a fun topic of conversation, but it serves to highlight the need to have a serious talk about online safety.

The nature of celebrity is different to what it used to be. It is entirely possible to speak to and meet an internet personality like Zoella. To many, the allure of that possibility is simply irresistible.

The problem here is that, as entirely plausible as that is, it's even more plausible that someone is pretending to be a person you look up to for the sole purpose of obtaining something from you that is not entirely above board.

This is why you must be SO careful who you speak to online. Please be safe guys x https://t.co/UTflaGt5vC

Despite stories of celebrities like Rihanna and Kylie Jenner plucking teenagers straight from Instagram to be in their videos, not every offer of contact is legit. Even the offers that are legit can often turn out to be harmful. Take the charges that some male YouTube stars "crossed the line" with fans (some underage) and abused their social power to take advantage of people who looked up to them.

So, without dwelling too much on the bad things that can happen online, here is some practical advice to avoid trouble.

1) Try and verify who you're talking to.
Making new friends online is a pretty big part of what makes the internet fun. Sometimes it's pretty obvious that you're talking to someone your own age who has similar interests as you. However, if someone claims to be a celebrity, a celebrity "agent", or a "casting director", exercise some judgement. Get them to take a picture of their driver's license, passport, or come up with another way that they can verify their identity. If they make excuses, say they can't, or don't seem legit, end the conversation. Everyone should be able to prove their identity.

2) Don't take photos of your body for strange people on the internet.
This pretty much goes without saying, but if you're underage and someone approaches you in a private message asking for naked photos of you, you should probably give that one a hard pass. NO credible modelling agency will ask for nude photos up front and it is illegal in many places to send or receive nude images of a minor. If the person insists, let them know that the act of coercing a minor in order to obtain nude photos is considered "grooming" and can also be grounds for prosecution.

3) Trust your gut, fam.
If something feels wrong or doesn't make sense, trust your instinct. You'd be surprised at how much stuff you just know isn't right by listening to your gut. If you feel uncomfortable with any type of correspondence, trust yourself enough to know what to do next.

4) If someone approaches you online claiming to be Zoella or another internet star, let their management know.
It's obviously difficult to get one on one time with Zoella but, if something fishy is happening (like the case of David Harmes), you need to let the team or the individual know what is going on. Take screencaps of conversations, send them to their management's email or their personal email. They can often work with police and use their platform to warn others that there is a person operating some sort of scam in their name. Don't just shut down someone trying to go after you. Help the police and these internet celebrities put a stop to it all together.

5) Don't agree to meet anyone alone.
Even if you've confirmed that you're talking to someone legit (maybe they want to work on a project or a secret fan meet and greet), don't agree to link up with them alone. Take a friend. Meet in a public place. Try not to go to a second location without making sure it's fully safe and keep record of any text, email, or DM exchanges with this person or their management.

The case of David Harmes posing as Zoella is extremely sad and extremely worrying, but there are a ton of ways fans can avoid ruthless, predatory individuals. Some of those ways include having your own back, arming yourself with common sense, and not allowing the allure of fandom to put you at risk.

The internet is super dope and amazing but there is always a need to practice internet safety. 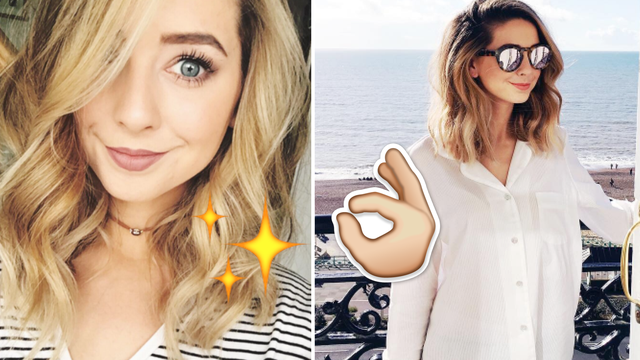 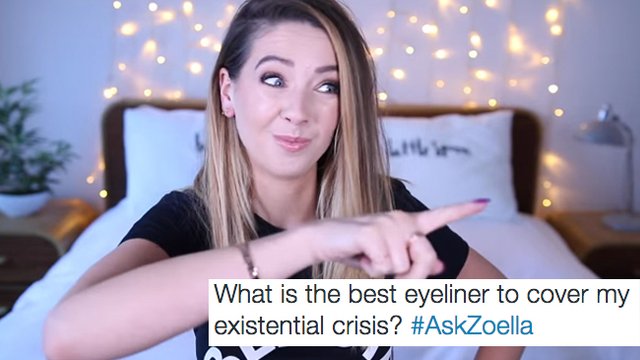