Justin Bieber Is About To Take Over Everything This Month

Bieber is being cryptic and weird and he needs to stop.

Justin Bieber has been up to a few things lately. He's teasing new music, making sure he is positioned well enough to sell said music and generally being weird and cryptic.

It's as if camp Bieber hasn't learned that a countdown clock does not necessarily mean instant success. Just ask Childish Gambino and Kanye West. 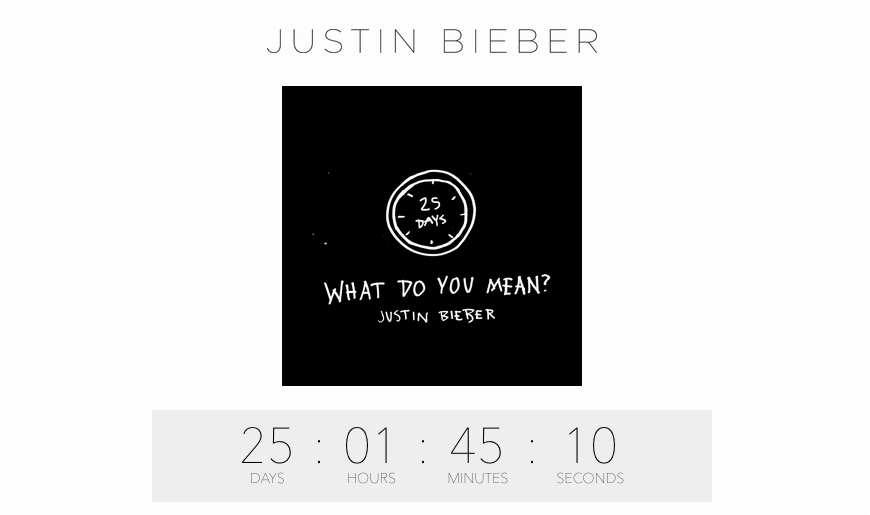 Justin Bieber has seemingly gone the opposite direction of most artists who are now favouring the surprise drop. Justin Bieber is rolling out this single across a month. A WHOLE MONTH.

For those who think they will be able to escape Justin Bieber in the month of August, I give you an actual countdown clock for the Bieber fatigue that is the 8th month of the year.

Want to know how you can fix it so this month isn't all Bieber? Here are 3 easy steps:

1) Bone of the father, unwillingly given

2) Flesh of the servant, willingly sacrificed

3) Blood of the enemy, forcefully taken

Happy Bieber month. Here is a clip of "What Do You Mean".

Justin Bieber Needs To Check Himself Before He Wrecks Himself