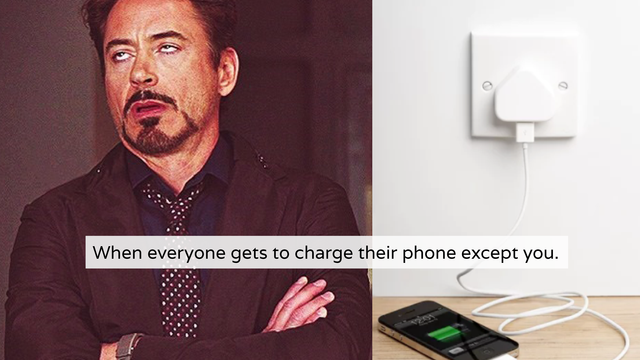 Shout out to getting roasted in the group chat for having an Android.

1) When your crush wants to facetime but...you…can’t.

2) Asking for a charger at your friend’s house is truly a pointless exercise.

4) When you genuinely like your phone but all your friends roast you for it in the Whatsapp group.

5) Your face when the conversation switches to camera quality.

6) When you encounter someone new with an android and you feel…weirdly connected to them.

8) When your pals are talking about some new app that hasn’t come out for android yet.

9) Me: "Hmm, maybe I should get an iPhone and find out what the hype is all about"
My bank account:

11) "Omg I could never have an Android. My iPhone is my life. I think I would probably die without my iPhone. Steve Jobs is my all time hero. I just—"