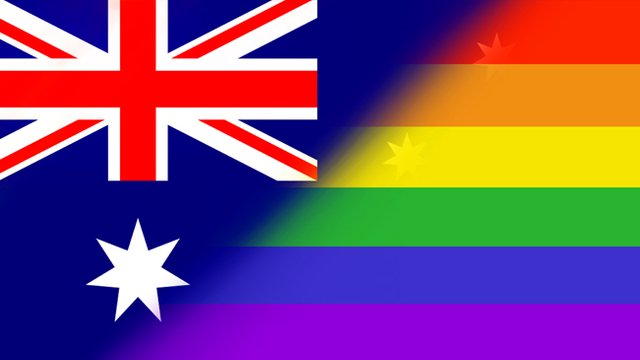 A guide to all your questions about the Australian same-sex marriage vote.

Later this year Australians will be taking part in a controversial 'plebiscite' postal vote on whether same-sex couples should be allowed to marry. Australia is the last major English-speaking country where gay marriage is still illegal.

Yesterday, news broke that a "Straight Lives Matter" rally will be taking place in the run up to the vote next month. "We believe tradition is important, and the biological institution of marriage should not be redefined to suit a minority sexual orientation,” the right-wing Party For Freedom leader Nick Folkes wrote on Facebook. Sadly, this is likely to be the first of many such protests the LGBTQ community will face before the vote.

Overseas voters also expressed serious concerns about the postal survey. The Australian Bureau of Statistics, who will be running the ballot, said they do not expect to have a solution for overseas Australians who want to participate in the same-sex marriage postal survey until August 22 — just two days before enrolment closes, meaning Australians living overseas are increasingly worried it will be difficult or impossible for them to participate.

In a bid to understand what the bloody hell is going on Down Under, we decided to put together a Plebiscite 101 guide, answering all the biggest questions. Get ready for some #learning.

What the bloody hell is a plebiscite?

Sounds like some sort of chemical you'd put on your garden, doesn't it? Well, a plebiscite is a national vote that tests what the majority of people think about a certain issue. It is different to a referendum, which is a national vote on an amendment to the Constitution. This time voters will be asked "Do you support a change in the law to allow same-sex couples to marry?"

Why postal? It's the 21st century, dude.

The Australian government's attempts to have a compulsory plebiscite were blocked twice by the Senate. So, a voluntary postal vote was their backup plan. This will cost a huge amount of money, estimated to be around $125m AUD. The postal vote is being legally challenged by campaigners who argue that the government doesn't have the power to appropriate funds for the vote. But basically, no one wanted a postal vote in the first place, and it's still might not happen. It's a hot, stinking mess.

Here's the thing, a plebiscite is NOT legally binding. That means that even if enough of the country remembers/bothers to send off their postal forms and votes 'yes', the government doesn't technically have to do anything about it. But given that opinion polls have consistently indicted that Australians are overwhelmingly in support of gay marriage (as high as 72% in some polls), this plebiscite looks increasingly pointless.

The job of politicians is to gauge the opinion of the people and create legislation based on that. The government already knows the majority of people support gay marriage. They should just do their jobs and make gay marriage legal, without a public vote.

Why aren't the government having a vote instead?

The federal government are the only ones that can change the Marriage Act. Despite this, Prime Minister Turnbull has expressed that he would not support a bill relating to gay marriage until there is a vote involving the Australian people. Why? Because key supporters of his leadership have indicated they would abandon him and his party if the government changed the marriage laws. Turnbull himself has said he will vote in favour of same-sex marriage in the plebiscite.

When is the vote?

People have until 24th August to enrol for the vote. Ballot papers will then be set to every enrolled Australian from next month and must be returned before November 7, though they recommend sending ballots before October 27th to make sure it gets counted. The results will be announced on November 15th.

To vote, you must meet the following criteria: you are an Australian citizen, or eligible British subject, aged 18 years and over, and have lived at your address for at least one month. If you are 17 you can enrol now so when you turn 18 you'll be able to vote.

You will need to provide evidence of your identity. You can use your driver's licence, Australian passport number or have someone who is enrolled confirm your identity.

Is this stupid? It seems REALLY stupid.

Yes, our wise readers, this is very stupid. Allowing people to vote on other people's human rights is obviously bad. This plebiscite gives a platform to anti-gay campaigners to spread their message of hate and lies while forcing a minority to plead with the majority for equal rights. How is that right or fair? And that's not even getting into the damaging effect this can have on people's mental health (for LGBTQ people who experienced a US state referendum on marriage equality there was a 248 per cent in generalised anxiety disorders).

This plebiscite sucks. But if you are eligible, you 100% should vote. Register now and get out there and campaign to help give LGBTQ people their marriage rights!

[H/T Big thanks to The Herald Sun, News.com.au and ABC Australia for helping us break down this complicated mess]