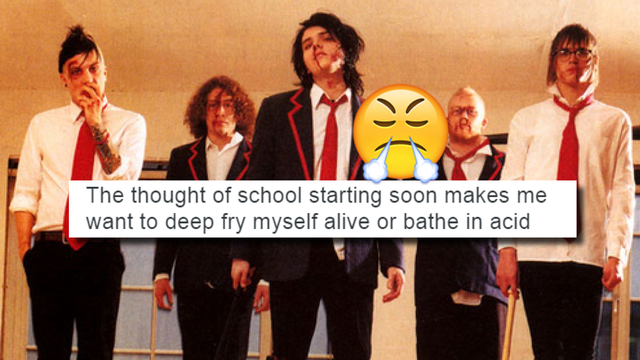 Some people reeeeally don't want to go back.

It's that time of year. School is starting back up and you'll be leaving what was a blink-and-you'll-miss-it length vacation and returning to the harsh florescent glare of your high school hallways. Don't worry. You're not alone. There are loads of people who would rather do literally anything else than return to school.

1) Like this person, who should be kept away from all deep fryers for the next six weeks, at least.

2) Or our friend here who summed it all up in one picture.

"How do you feel about school starting again?" pic.twitter.com/ic4ZwKPT9Z

4) And other people are sharing precious memories of past school years.

5) Your sleep schedule is obviously a concern...

me: school's starting soon i really need to fix my sleep schedule
me at 3am: pic.twitter.com/2XD3Azvaa6

me: [has known the starting date of school for 3 months]

me: i can't believe this turn of events

school starting is like driving for the first time and ur like "wow! this is so exciting look at me!" and then you crash and total ur car

Me after my first day back to school pic.twitter.com/5oM0iSF83k

back to school starter pack pic.twitter.com/yiJypEMPNf

"Are you ready to go back to school" pic.twitter.com/ByNiyFot9V

12) Those of us who have graduated extend our condolences.

If you're going back to school today you're in my thoughts and prayers. 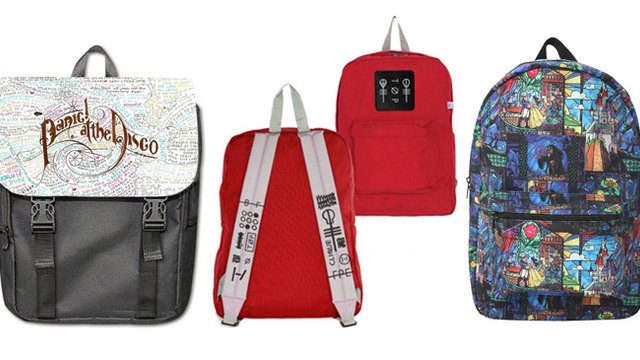 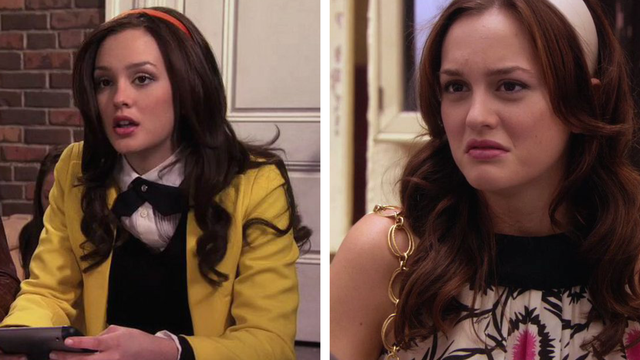 11 Horrible Things You Won't Miss About School Once You Leave