12 Totally Honest Emotions You'll Understand If You're Graduating This Year 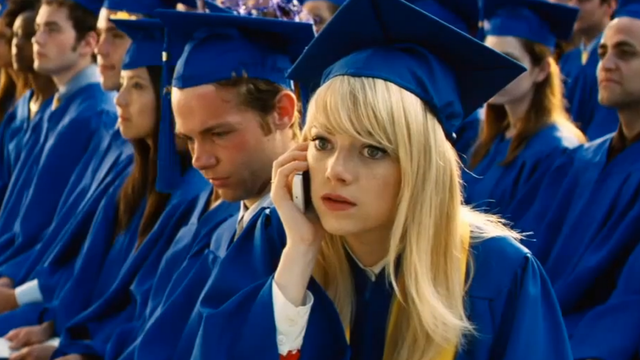 "What are your plans after graduation?"

Graduation day can represent a horrifying mix of excitement, dread, and the smell of freedom. It's complicated.

If you're graduating this year, then you'll definitely understand these completely honest feelings leading up to the big day.

1) When someone asks you what you're going to miss about school and you can't think of anything.

2) Suddenly everyone you talk to is asking how much longer until you graduate and you're just like "730 hours, 48 minutes, and 17 seconds".

3) But deep down you're also freaking out what happens after the big day...

4) And that feeling of impending adulthood is smacking you right in the face.

5) Suddenly you start noticing that your "last" school moments are flying by and you're torn between wanting to get tf out of there and realizing this is it.

6) One of your teachers will undoubtedly try to sabotage your final grades so you have to polish your begging skills.

7) And you already know this is going to be you on the big day.

Me on the stage at graduation pic.twitter.com/Y4sYizXQVV

8) "Your mother: Just walk across the stage normally, smile, and go back to your seat."

When they call your name at graduation... pic.twitter.com/3oF8d4gRrN

9) Everyone keeps asking what you're planning on doing after the big day and you're like...

10) School: "You're finished with exams but you still have to show up to class before graduation."

12) Okay but, for real, this is the moment you've been waiting for.

I'm a graduate ...I don't have to go to school tomorrow.... I can turn my alarm clock off