Is It True That Women Can’t Identify As Gamers? 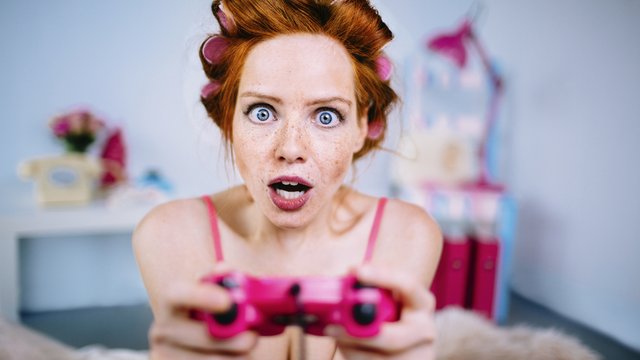 Why don't women call themselves "gamers"?

If you've ever been on the internet, you're surely aware that gaming is typically viewed as a male dominated hobby. The amount of "when he's playing FIFA and you want his attention" memes floating around on social media should give you an idea of how both men and women view the dynamics of gaming.

A new poll by Pew Research Center has revealed that half of all American adults play video games but that men were more than twice as likely to call themselves "gamers". Combine this with findings from Superdataresearch Senior Analyst Stephanie Llamas that "women are the largest gaming demographic for PC role-playing games (54%) and they represent almost 40% of MMO and digital console gamers," and we have ourselves a bit of a conundrum.

Clearly, the act of playing games and identifying with gaming culture is at a severe disconnect--especially for women.

I think there is currently a huge fracture in "gaming", those that want to play & those that identify with it as a culture.

While gaming among women is on the rise, we've also seen an uptick in the female-led criticisms of themes and tropes within video games. And, obviously the backlash from these criticisms has made parts of gaming culture difficult for many women to identify with.

For instance, feminist media critic Anita Sarkeesian is constantly subject to criticisms and threats mainly from male gamers simply for speaking out against tropes and themes she finds problematic. She was even the victim of a bomb threat simply because she took issue with cultural aspects of certain video games and spoke out on her concerns. It's understandable why only 6% of women who play games call themselves gamers. Between gamergate and the truly terrifying behaviour of a few members of that commnunity, the instinct to enjoy the hobby but distance themselves from other gamers is great among women.

But there is hope.

Plenty of allies and creators are teaming up to develop safe spaces for women to enjoy gaming and media at large. Feminist Frequency, for example, speaks to a lot of relevant issues and has even created a guide on how women can stay safe online. This, and the fact that women are no longer considered "casual gamers" means that we're gradually moving toward a time when women will feel comfortable identifying as "gamers".