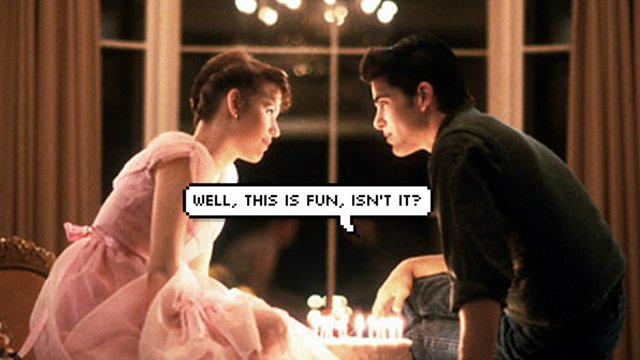 A guide to modern romance.

Valentines Day is coming, and you know what that means: absolutely nothing. But, in case you wanted to forget the crushing weight of loneliness for one day of the year, I've got a couple of tips on how to go from un-dateable, to satisfactory.

Webster's english dictionary defines a smile as: "to make the corners of your mouth turn up in an expression that shows happiness, amusement, pleasure, affection, etc." When you smile, it lets people know not a murderer or a Tory. Make sure all your teeth are showing and you're making loads of eye contact when you do it.

I know it can be hard not to cry, just like, in general. Rent is expensive, taxes are too damn high, nothing is fun anymore and you wish you were never born. But for God's sake, don't cry. You're supposed to be a normal person who is nice to their mother and has a savings and a checking account. Don't blow this.

Do wear:
A top
A skirt or trousers
Shoes

When you're out to dinner, your date might be interested in discussing topics. Hopefully you've been practicing and memorizing topics such as:

"God, did you hear about what Donald Trump said yesterday?"
"Can you believe the price of gas has fallen so much?"
"What do you think of Justin Bieber's hair cut?"
"Gosh, the new Canadian Prime minister is handsome"

Topics such as those should cover you for a few hours.

Phase 5: Just try to be cool for once, okay?

Being cool for once is the best way to trick people into thinking you're dateable. Try not to sweat, say anything sexist, or utter the words "all lives matter." Don't talk about The Beatles and definitely don't talk about who you hope wins the 2016 election. Don't drink too much; don't drink too little. Don't talk about Jack Kerouac or your ironic love of Nicolas Cage. Don't talk about your religious upbringing or how you're an atheist now. Don't mention that you think the moon landing was faked or how you "kinda sorta believe in the illuminate". Close your mouth when you chew and don't use the "c" word for dramatic effect. Just. Be. Cool. 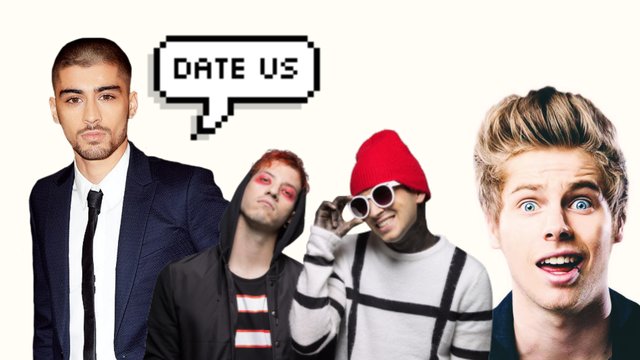 How To Date Your Fave: A Scarily Accurate Step By Step Guide