Lets break this down...

Unbelievable as it may seem, the 2016 US presidential election will not take place until November.

I know right? How can it possibly be that far away?

The candidates have been all over the news for months with various offensive comments, email-based controversy or, occassionally, an interesting policy; debates are fast becoming a TV fixture across multiple networks, breaking the kind of ratings records that The Big Bang Theory would be jealous of; and now, in Iowa, the first of many rounds of voting has begun.

With so much information rolling around, it can all get a little confusing. Especially if you've been drinking.

So, let's help each other out by breaking down just what exactly is going on in Iowa in terms so simple even a drunk can understand it.

Look sharp - we can do this.

1) What Is The Iowa Caucus?

This is a regional vote where Iowa residents help decide on nominees for President for the two main political parties, the Democrats and The Republicans. As it is the first area to vote, candidates place a lot of importance on the result in order to gain momentum. Oh, and it sounds like it has the word c*ck in its name which makes everything much more enjoyable.

On the Democratic side, cool mom Hilary Clinton and Larry David-lookalike Bernie Sanders are the two main competitors with relative unknown Martin O'Malley in a distant third, but don't worry if you've never heard of him because he won't be around for long.

Meanwhile the Republican party features a wide array of similar looking rich men, the focus up to now revolving around human foghorn Donald Trump and Ned Flanders' clean-shaven evil twin Ted Cruz. Some other Republicans are still holding up the rear with Marco Rubio and Bush brother Jeb (now very much the Poot to George's Demi) among the pack.

Right, pay attention - this is the tricky bit.

Iowa is divided into 1,681 precincts. Each precinct has a certain amount of delegates assigned to them and, if you get the most delegates over the next few months, you will be made your party's nominee for president.

For Democratic candidates, voters show up to their local precinct, decide who they like, then split up and stand in the area of the room next to the name of the person they like - its kind of like a big game of tag and you're all trying to find a safe den.

Then, after the people in the areas get counted, some candidates deemed a bit pointless (ie only got a couple of people running to their corner) get knocked out and those supporters run around again until they find another name they like. Then the results are counted and the delegates get split up between those names. At the end of the night, all the precincts results are collected together and the caucuss winners are announced.

Anyway, the Republicans have it way easier and basically just do a written vote which makes a lot more sense.

4) What Were The Results?

The Democrats were neck and neck but Hilary Clinton narrowly beat Bernie Sanders by 0.4%. Martin O'Malley was obviously last and has now quit the race altogether.

The big Republican story is that Donald "I always win everything" Trump came in second behind Ted Cruz and only just beat Marco Rubio by one percent.

5) What Does This All Mean?

Not much. Everyone got some delegates, Trump might learn some humility and we'll all go through a similar process next week in New Hampshire as the long, torturous march to power continues on. November seems a long way away... 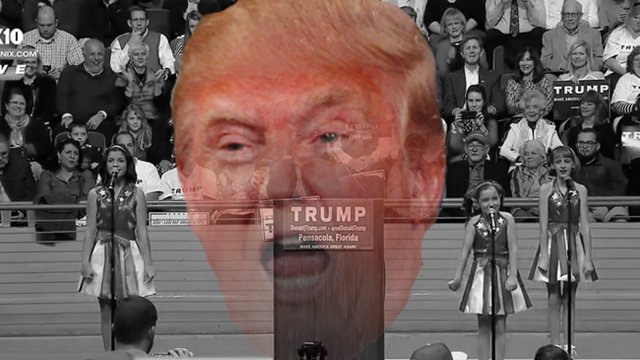