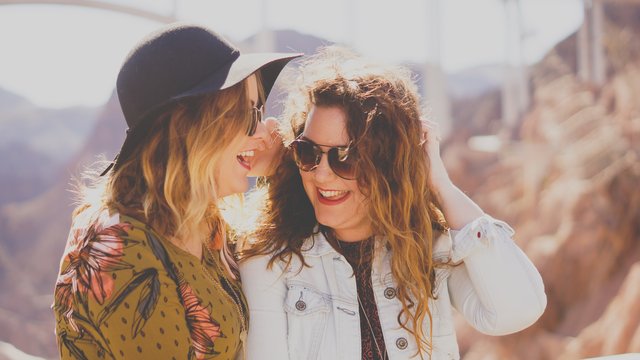 For all the people who have a small squad...

You were probably raised with the belief that having lots of friends was an indicator of the type of person you were. People who had many friends growing up were well-adjusted and "normal", while those that struggled to build connections were strange or somehow inept.

Hopefully you've grown out of that way of thinking, if only for the pure and simple fact that having less friends can often be better for you.

In 2015 a study in the journal Psychology and Aging indicated that, as we grow older, our social circles tend to shrink. This can be explained by changing lifestyles and demographics. But, also, by the fact that quality beats quantity.

With a boom in anxiety and depression among young adults being described as an "anxiety epidemic", a small circle of close friends is far more useful than a large circle of acquaintances.

No friends for the sake of friends.

A small social circle can also be an indicator that you've taken steps to remove toxic people from your life. Toxic friends can damage your mental health, change how you see yourself, and prevent you from realizing your potential.

You may miss people that used to make up a core part of your friendship group, but the mental health struggle is too real to be clinging on to people you know are just bad friends.

Having a small group of friends doesn't necessarily mean you're an introvert. Some of the world's most famous introverts are people who run in rather large social circles.

But, if you have a small group of friends, find large social gatherings awkward, and often stay close to home in order to regroup, then you're probably just an introvert (and that's fine). The math here is simple. More friends = more people asking you to leave the house. And we all know what a drag that can be.

You may be inclined to take this with a grain of salt, but a study published in the British Journal of Psychology found that there was a strong correlation between intelligence and levels social interaction. In short, people with higher IQs tend to spend less time socializing and derive less pleasure from social interaction. But, again, you can take that with a grain of salt.

So, is it normal to only have a few friends?

In short, yes. It's perfectly normal to have a small inner circle. There is no inherent benefit gained from having 100 acquaintances and no close friends. There are relationships you grow out of and people who prove themselves unworthy of your time and effort. Having a small group of friends is probably more normal than the alternative.