No, London Isn’t "Scared" Or "Divided" After Westminster Attacks 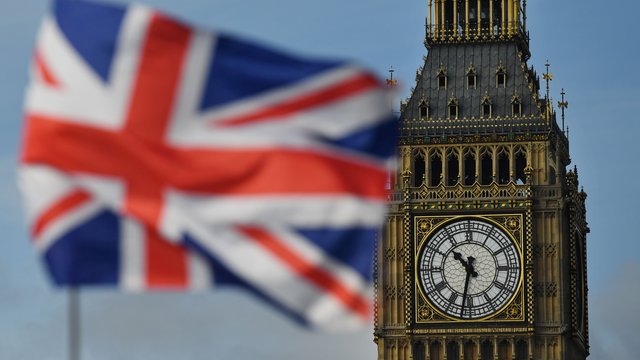 While the terror attack was no doubt tragic, we are not a city that is easily scared.

By now the whole world is aware of yesterday's (March 22nd) terrible events in London outside Westminster's Parliament buildings, with footage of the incident having been replayed on countless news stations and Twitter feeds worldwide.

It was a deeply sad and unnecessary loss of life. But as tributes are paid and moments of silence observed, inevitably, every writer and social media user looking for a quick reaction has thrown their hot take into the mix about how London is now somehow divided and/or scared.

Let's be clear - that is simply not true.

The PopBuzz office lies in the very centre of London in one of its busiest areas, very popular with tourists. The Houses Of Parliament are little more than a 5 minute walk away. And yet, while you might expect the commutes last night and this morning to have been a quieter, more subdued affair, today it is, to borrow a cliché, business as usual.

Not a single desk in our building of several hundred workers is empty today. Outside, the usual heaving crowds of families are gathered at the M&M store (for some reason) and Shake Shack (that's better). While a line of people waiting to grab some discount theatre tickets runs around the block - and Hamilton isn't even open here yet! While yesterday was no doubt scary, London is not remotely interested in hiding away.

And yet some people, particularly in the US, are telling a different story.

For example, there was this analysis by the President's son and professional snake impersonator Donald Trump Jr in the immediate aftermath of the attack:

You have to be kidding me?!: Terror attacks are part of living in big city, says London Mayor Sadiq Khan https://t.co/uSm2pwRTjO

No message of condolence, just straight into the criticism. By the way, those comments from the mayor are actually taken from an interview with a newspaper last September, Mr Khan attempting to highlight that, in today's society, sadly every city needs to fully prepared in the case of attack. Given the quick and brave response from emergency services yesterday, we can't really argue with his statement. But hey, why let a thing like facts or context get in the way of a good Twitter bashing, right Donald?

Then there's the FOX News coverage, spinning their own narrative on events with a couple of well chosen soundbite spouters ready to make proclamations about how "one man can shut down a city".

Americans: this is untrue. I was in Westminster yesterday. Right outside the cordoned area, minutes after the attack, life was carrying on https://t.co/fLHzhe1yag

Again, just completely inaccurate. The closest London has ever come to being 'shut down' in recent times is when Skepta performed at The Brits (probably not a reference the people at FOX News are going to get).

Some of the hysteria was, admittedly, well intentioned but misinformed, like this Tweet from someone who clearly doesn't use public transport as much as they should.

Bless, someone's just been on the tube for the first time ever. pic.twitter.com/b6tENXYJKJ

Dude, have you never been on the District line after 5pm on a weekday? Eye contact is hardly a common feature. The rule is stare at your phone screen or, if you are out of battery, your shoes and whatever takeaway advert has been stuck to the curvy bit above the window.

So, American and other far away readers, do not fear for us and our city. We are one of the few remaining multicultural powerhouses of the world. It takes a lot more than a bunch of terrorist arseholes to frighten us away. As always, today has seen the local population rise up, stand together and follow yet another old cliché - keep calm and carry on. Actually, we can see at least three people selling mugs and tea towels with that phrase from our window. Sounds like it must be the best policy.

Oh, and of course, a bit of humour always helps too.

REPORTER, WALKING UP REGENT ST: one can only imagine what Londoners are thinking now

LONDONERS: why is this prick walking SO SLOWLY