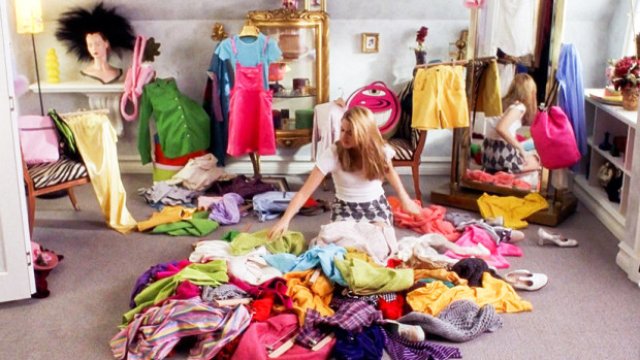 We've all experienced the moment when your mum tells you that you're not leaving the house tonight unless your room is tidy. Yes, it's a torture tactic but it's also a request meant to teach responsibility and tidiness yada yada yada.

Well, now you can tell your parents that having a tidy room isn't necessarily better than a messy room. In fact, if you're someone who finds themselves creating clutter and mess wherever they go, that might mean you're smarter than the average neat freak.

Messy rooms inspire creativity
A study from the University of Minnesota found that "Disorderly environments seem to inspire breaking free of tradition, which can produce fresh insights [...] orderly environments, in contrast, encourage convention and playing it safe," according to Kathleen Vohs.

Yep, your parents may be dying for you to clean your room but why just explain to them that you can't because you're actually a creative genius in the making?

People with messy bedrooms  are usually more "open"
We know that messy people are creative, but they also have a tendency to be more open. Openness is usually associated with success in tasks that require independent thought and leadership skills. Are you an abstract thinker? Keen to take on leadership roles and bring about creative change? You've probably got a pile of clothes on your bed that need folding.

And who says messy people can't be leaders?

Messy desks tend to belong to belong to efficient people.
Your boss might expect you to keep a tidy desk, but that doesn't necessarily make you efficient or productive.

"On a messy desk, the more important, urgent work tends to stay close by and near the top of the clutter, while the safely ignorable stuff tends to get buried to the bottom or near the back, which makes perfect sense," according to Eric Abrahamson and David H. Freedman (A Perfect Mess: The Hidden Benefits of Disorder).

If you feel pressure to keep a clean desk, let it go. You're probably better off.