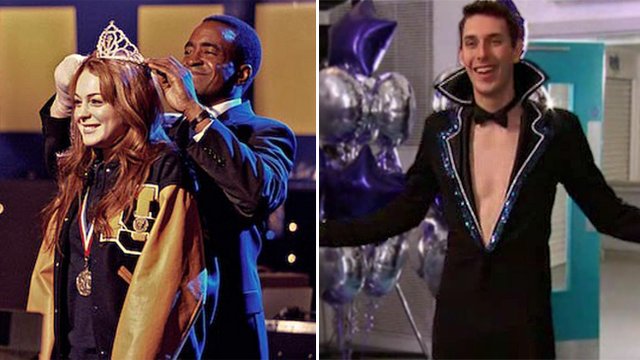 Everyone loves a Prom, but there are a few key differences...

Prom, the worldwide right of passage that unites us all. Over the last few months, High Schools across the US have been celebrating this teen milestone in their thousands. But it's not just an American tradition anymore! Over the last few years, UK schools have been swapping their "end of year dances" or "formal balls" for the full prom experience.

However, there are a few key differences. Let's "investigate".

USA: Formal photos on the front lawn as your parents look on proudly, wiping a single tear from the corner of their eye as they mourn the passage of time that has led your from a baby in nappies to almost adulthood.

UK: Booze. Champagne from Tesco to start the night off as classy as possible. Drunk straight from the bottle with a straw.

USA: Elegant dresses matched with an appropriately coloured corsage or a tuxedo borrowed from your Dad with a fully ruffled shirt for good measure.

UK: Similar deal except in Scotland where it is Kilts all the way baby!!

USA: Limo is the classic but you could always go overboard and get a horse drawn carriage involved.

UK: We don't really do limos over here. Well, we do, it's just they are normally bright pink and still smelling of bachelorette vomit.

USA: Elaborate theming is matched in decor with typical ideas including Hollywood, Movie Glamour or something really outlandish like A Night At The Oscars. Lots of choice basically.

UK: The theme is prom. Expect some balloons and maybe some streamers if you're lucky.

UK: Band, DJ and watching your teacher attempt to remove the drunkest kid from the bathroom stall they've fallen asleep in.

USA: The football captain and his girlfriend.

UK: The rugby captain and his girlfriend. Some things don't change.

USA: Well, if you believe movies, it involves driving to a secluded area atop a mountainside looking out over the city and trying to get lucky. We doubt many meet that stereotype.

UK: Grab the alcopops you've hidden in a bush outside and hop in an Uber to your mate's house who's parents have stupidly gone away that weekend. Wake up the next morning with a drawn on moustache in the middle of a field surrounded by your friends all in similarly awful states. What a night.

Happy Prom Guys - we're sure whatever you do, you'll make it fun! 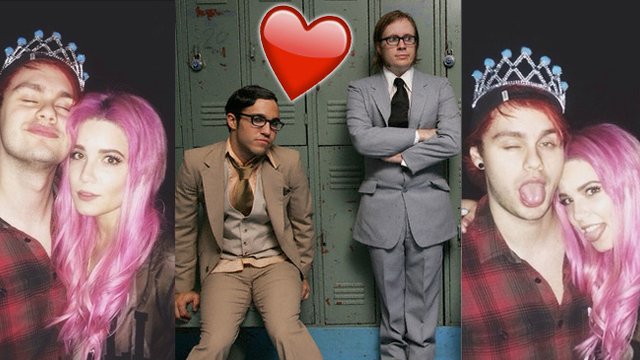 How To Ask Your Crush To Prom In 13 Music Puns

QUIZ: Which Fall Out Boy Member Should You Go To Prom With?