Some of the most iconic moments in queer visibility.

Pop culture has come a long way in giving visibility to LGBTQ+ folk. Of course there is still a long way to go, but there can be no forgetting the moments in popular culture that were truly made for queer women.

Coming out in 1997 almost cost Ellen DeGeneres her career but she made her way back onto TVs across the world and earned herself a medal of freedom last year. Her rise to the top is the perfect example of what happens when you remain honest with yourself and others around you.

Buffy's portrayal of Willow and Tara's love story is probably one of the best handled lesbian love stories on television. It's subtle, realistic, and groundbreaking in the painstaking efforts Joss Whedon took to give them full and honest identities. 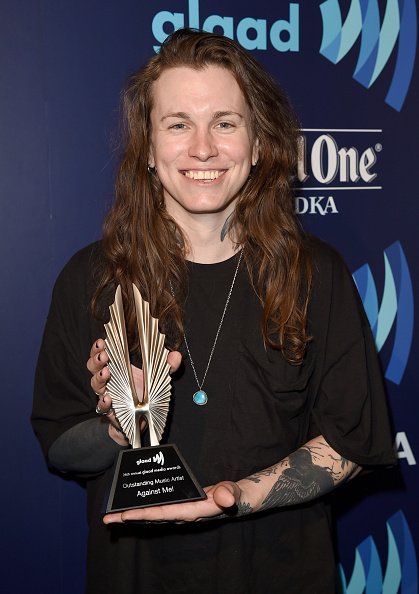 Laura Jane Grace, lead vocalist of punk band Against Me!, came out as transgender in 2012. Since then she has been a powerful advocate for trans issues, spoken in depth about her own journey, and dispelled so many myths that tend to be forced onto the narratives trans and queer women.

4) Orange Is the New Black

Anyone who tells you that Orange is The New Black hasn't broken down major barriers for queer women is lying to you. Laverne Cox became the first openly transgender person to be nominated for a Primetime Emmy Award for her work on the show. In addition to that, OITNB places queer love and queer narratives at the forefront of its storytelling agenda. 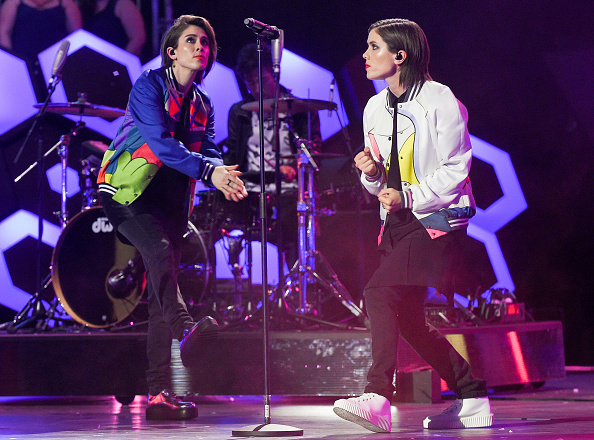 The fact that two lesbian sisters from Canada would be the perfect purveyors of deeply emotional and honest 80s tinged pop is something that I wholeheartedly subscribe to. Tegan and Sara have been doing their thing since 1995, breaking barriers, and making brilliant music.

Glee was always gay friendly so two of the female leads getting together didn't come out of left field. Their characters compliment eachother, present a balanced and realistic love story and, hell, queer love in primetime is always a win.

Never in all the world has there been a more gifable couple than Clarke and Lexa. They're powerful leader types whose love has inspired the most intensely loyal fandom in the game.

The Wachowskis are known for their progressive, and slightly outlandish portrayals all things science fiction. One thing Sense8 does incredibly well is tell the love story between Nomi (a transgender computer genius) and Amanita, her activist girlfriend. Their relationship is sexy and believable.

Kate McKinnon is SNL's first cast member to be out as a lesbian while on the show. She's funny and talented and has called herself  "a 98.5% les" so, here's to visibility!

If the San Junipero episode of Black Mirror didn't make you weep and laugh and experience every emotion under the sun then I don't know what to say to you.

Hayley Kiyoko has spent the entirety of her music career singing about girls. In the same way Troye Sivan has been open about the fact that his sexuality is very much a part of his art, Hayley has been open and upfront about her attraction to women. She has given queer girls a bright star in popular culture and continued saying all the things that many young women feel they can't say.